I have over a decade’s experience staffing, reporting, or presenting at conventions. This page only lists the cons I’ve attended for professional work.

1. I worked for Mongoose Publishing as a professional GM for their tabletop RPG Traveller from 2010-2012. This involved attending Strategicon every year and hosting self-made sessions for convention attendees.

2. I was part of a team representing the MMORPG Legends of Equestria from 2013-2015, attending conventions such as BronyCon, Everfree Northwest, and Babscon. I usually worked behind the scenes with the programming team, such as testing on-site presentation builds or operating the gameplay the presenters were showing on the big screen.

3. I attended DreamHack 2016 on behalf of The Daily SPUF and reported on the esports events happening there. 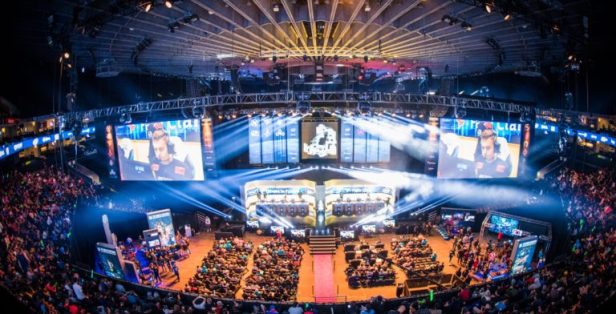 4. I attended IEM Oakland 2017 on behalf of The Daily SPUF and reported on the professional CS:GO and PUBG matches that were happening there.

5. I attended GDC 2018 on behalf of The Daily SPUF, and GDC 2019 on behalf of VGFAQ. In both cases I reported on gaming news and interviewed game developers to create articles and videos.

6. I represented the competitive arena shooter Major League Magic at The Mix 2018 and Sammy’s Showcase 2018 by dressing up as a wizard and encouraging people to visit our booth.

7. I attended E3 2019 on behalf of VGFAQ and Daily Esports, where I reported on gaming news and interviewed game developers to create articles and videos.

8. I will be attending HPX Live 2020 as a staff member for HPX Growth and Brendon Burchard. As a junior editor on the video team, I’ll be helping convert the film team’s footage into quick promotional videos with as little turnaround time as possible.