Minecraft has remained the best-selling game of all time for the last 8 years it’s been released, and it doesn’t look ready to relinquish that title any time soon. As a deceptively-simple survival game with a LEGO-esque building mechanic, it’s instantly understandable to players of any skill level and it works equally well in PvP, PvE and RP, not to mention multiplayer. 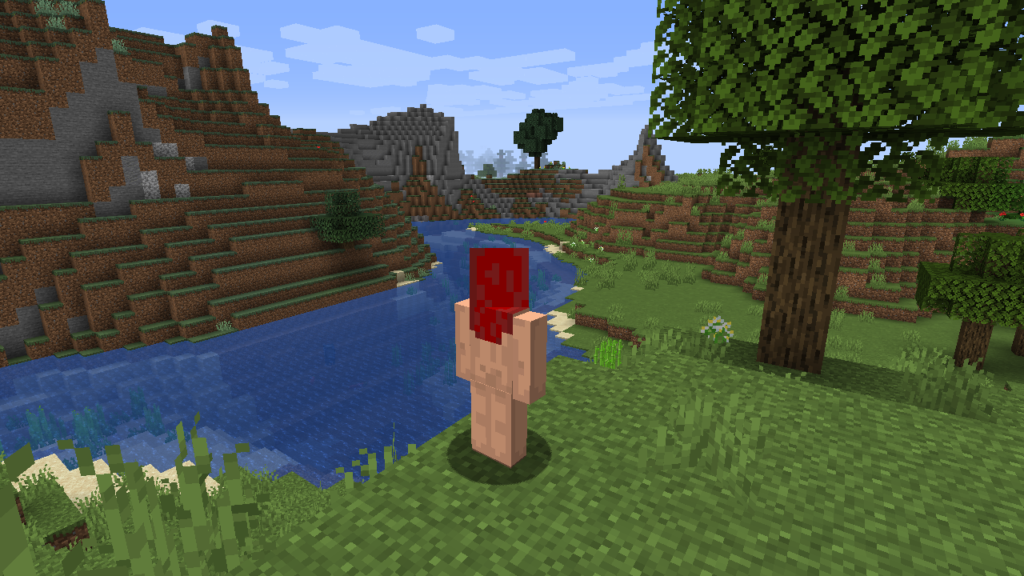 But it’s always had something of an unusual relationship with nude mods. On one hand, its blocky artstyle and 64-pixel textures make it almost impossible for a player character to look sexy. The only real reason you’d install one is if you’re a nudist, or you want to roleplay that “waking up naked in the wilderness” backstory that so many survival games (like Rust, ARK and Conan Exiles) use. You’ll also have a hard time actually using your skin outside singleplayer, since most multiplayer servers ban nudes on sight and moral guardians have been clutching their pearls for years because they don’t understand what a mod is.

But on the other hand, if you play in singleplayer (or on the few servers that flag themselves to allow nudity), Minecraft is far and away one of the easiest games to install nude skins that I’ve ever encountered. You can find them on pretty much any website that hosts Minecraft skins, though they often have the words ‘nude’ and ‘naked’ banned so the preferred nomenclature is ‘removable clothes’.

Because it turns out that Minecraft is one of the few games where you can wear a regular skin and a nude skin at the same time! The 1.8.0 update added support for skin overlays, which added a new layer on top of each body part that could support its own texture. This drastically increased the creativity with which modders could make their skins; you could do things like a Batman who can remove his costume to become Bruce Wayne.

But this was a real boon for nude mods too, since you can now keep a single skin that technically doesn’t violate the rules since you can make sure you’re wearing clothes before connecting to any multiplayer server. While in-game, just hit Escape and click “Options” and then “Skin Customization” to either show or hide the various parts of your character’s outfit.

And there you go! Have fun re-enacting Naked and Afraid when your first nightfall hits. As already mentioned, I’ve always preferred nude mods in survival games because it’s the standard starting state for games of this genre, plus you can find or craft clothes throughout your journey via leather or other armors. I honestly wish more games had Minecraft’s overlay mechanic where you can toggle your model’s outfit, though I understand that would get significantly harder as you progress beyond the blocky minimalist artstyle Minecraft is famous for.