Hi everybody! I’ve been a bit silent on the blog recently, mostly been working on my first quarter of schoolwork at the UCSC Games & Playable Media Master’s program. It’s a lot of work, but it’s very rewarding, and I’ll be updating you all as soon as the quarter ends and I can catch my breath. One of my favorite parts of the program are the other students; they’re all  driven game developers who look out for each other, and love to play board/video games together! Several of them are frequent Counter-Strike: Global Offensive players, and recently we got the exciting opportunity to visit a nearby Intel Extreme Masters tournament at the Oracle Arena in Oakland, California!

I purchased my tickets almost last-minute, since I hadn’t heard about the tournament until the others mentioned where they were going this weekend, but luckily there wasn’t assigned seating.

We were a bit early for the matches, so we got lunch at a nacho place inside, which was surprisingly affordable considering the situation. This might not have been a great choice, since the stadium itself was almost completely packed once we tried to find seating for the matches. For some reason the coordinators had cordoned off large sections of seats with tarps, which made it even more difficult, and we relocated several times during the matches as better seats opened up during halftimes or between matches. 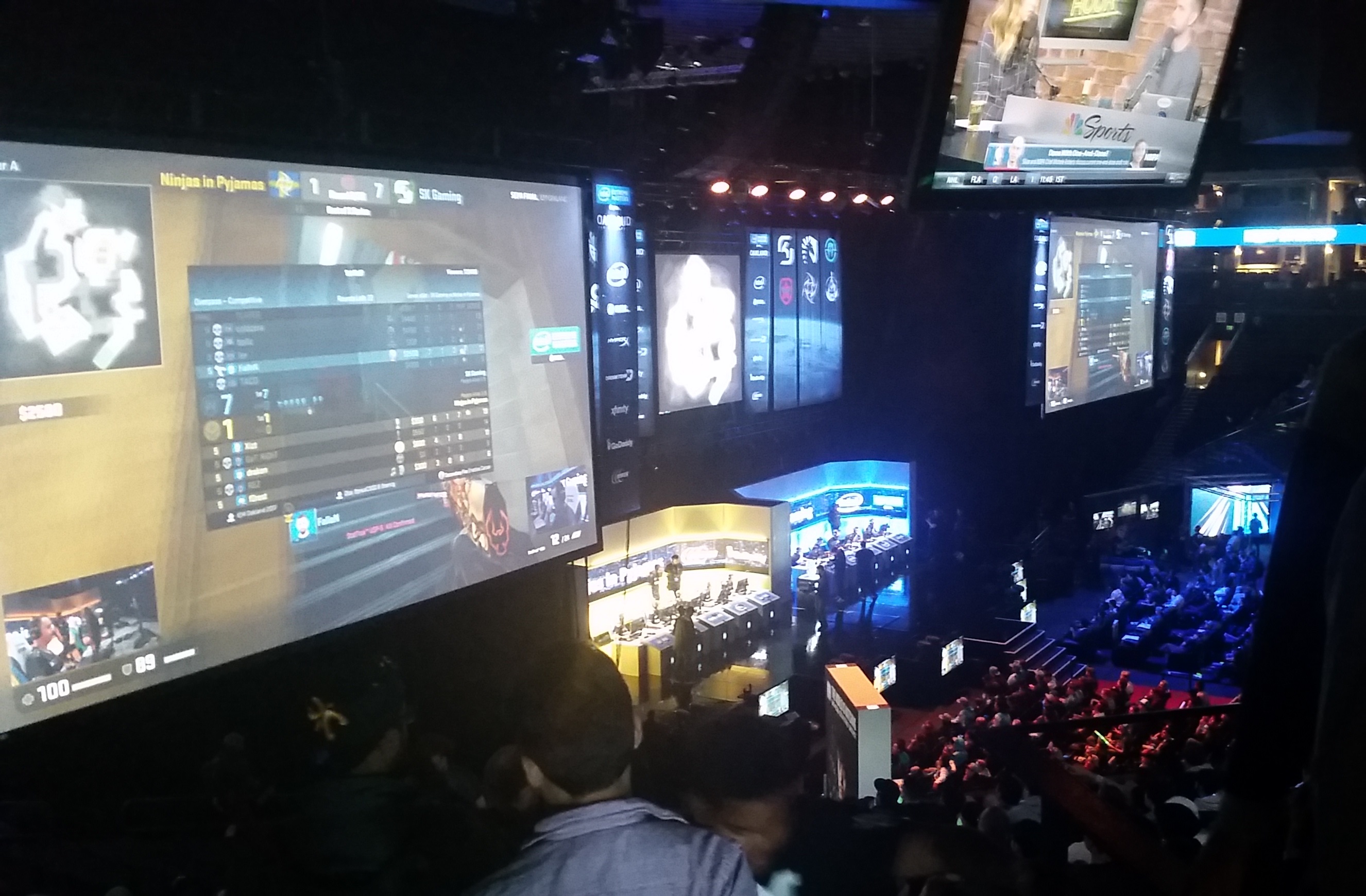 But the matches were awesome! Today was Saturday, the penultimate day, so we watched the Counter-Strike: Global Offensive quarter- and semi-finals. German-based SK Gaming was the team to watch; having blitzed through the earlier playoffs 2:0 and remaining one of the most dominant teams in the competitive circuit. But Swedish team ‘Ninjas in Pyjamas’ pulled out a comeback victory, with the snowball starting after player Rez pulled out this stellar play, my personal favorite moment in the whole tournament:

Rez had earlier pulled off an amazing ace against EnVyUs in the playoffs, and was ultimately named the MVP of the entire tournament after Ninjas in Pyjamas defeated FaZe in the Grand Finals (on Sunday, when I wasn’t there). 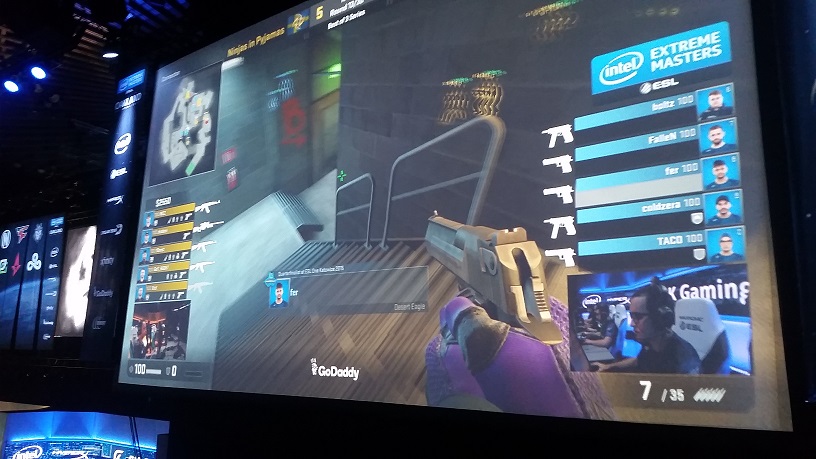 The other match that day was FaZe vs Cloud9. That match was far more one-sided, with FaZe pretty much sweeping the first two maps and barely letting up any points. We stuck around for the last few points (it wouldn’t be the first time a CSGO team pulled off an incredible upset) but ultimately FaZe coasted easily into the Sunday Grand Finals. My favorite moment of this match was when Rain defeated three rifle-wielding counter-terrorists with just a Deagle:

But CS:GO wasn’t the only thing on the menu at IEN Oakland; PLAYERUNKNOWN’S BATTLEGROUNDS was having a tournament in the side rooms, and we were lucky enough that our chosen seats were right underneath a monitor!

Thanks again to my fellow students from UCSC for alerting me to the existence of this tournament, and thanks to IGN and the Oracle Arena for hosting!