Happy Saturday! As mentioned last time, we’re moving heavily into the “content creation” phase and out of the “setting up the core elements of the game” phase, which means we’ve got lots of exciting new art and quality-of-life assets to showcase!

There are three major new elements this GIF showcases. Firstly, Carry finished an update to the camera; now the screen will zoom in or pull out so the full team can be seen at any given time. We’re still planning on finding a hybrid compromise between this new camera and the aforementioned off-screen indicators for specific far-off characters (right now snipers seem especially prone to choosing spots rather far away from the rest of the team). He also has added a new ‘calling for medic’ speech bubble to make it more clear when a teammate is in critical condition.

We’ve finished the majority of changes needed to make the new transition system work. A lot of it is back-end stuff, such as AI updates and the new respawn mechanics that let teammates come back to life after clearing a sublevel. A lot of different game progression systems have been integrated into the GameMaster object; just this week it doubled in size to 811 lines of code!

The GIF also shows the beginnings of the player’s weapon-selection system, Pat’s primary project this week. After completing a sublevel (or if your team dies and you reload a checkpoint), the player gets the chance to change his weapon out to try a different style of healing. There’s also a new ‘lock-on’ mechanic where the player can hold down right-click while hovering over a teammate to keep the cursor locked onto his target. We added this because we found that some of our playtesters weren’t as familiar with shooters as we are, and were having trouble focusing on the puzzle-solving element of the game because they couldn’t reliably hit their target. It doesn’t completely replace skillful accuracy (since leading your shots is important in so many situations) and the player is never forced to use the mechanic if they don’t want to. 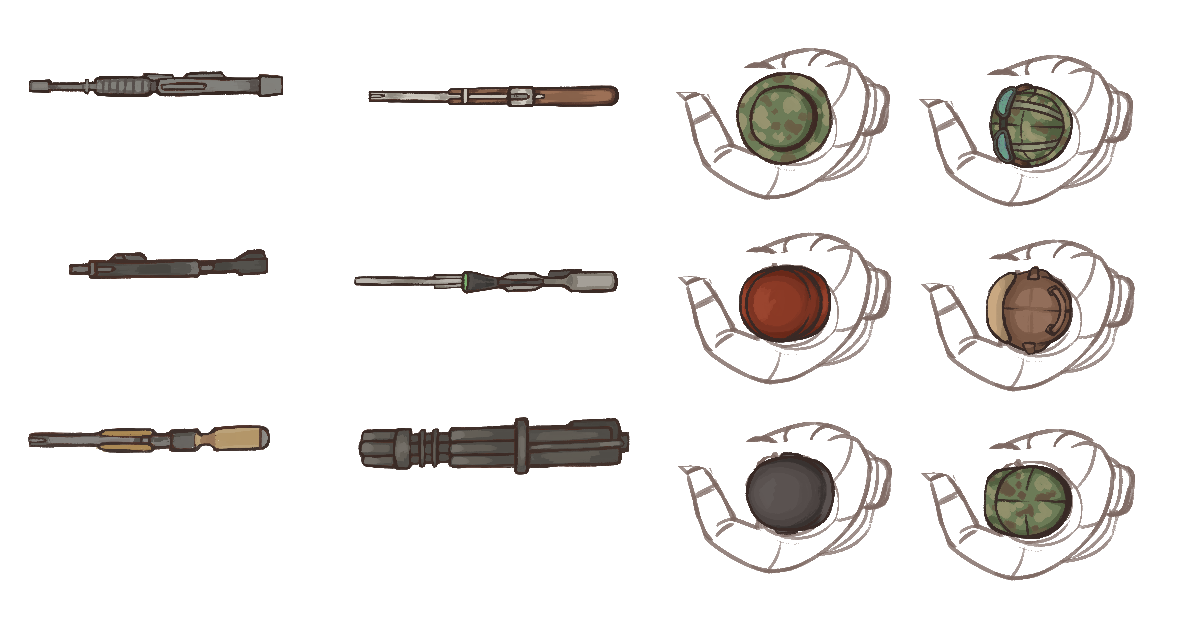 Speaking of weapons, I want to introduce another teammate to our project! Aviala was the lead developer and an artist on Your Royal Gayness, the recently-released visual novel I wrote for last year, and she’ll be doing the character and weapon art for Medical Necessity! Right now she’s working on the green and red soldiers that will populate the maps with the player character. The red and black helmets are for enemies, and the three green (and one brown) hats are the ones worn by the players’ four recurring teammates.

Last but not least, Ben has been creating new levels (when he isn’t winning second place in Magebrawl tournaments)! We’re still experimenting with different types of arenas, keeping an eye on the different sublevels so they all have their own identity and required playstyles. We hope to have the first ten levels done by the end of next week! See you then!