This was an eventful summer for Major League Magic! We were able to secure sponsorship from UC Santa Cruz to attend two exciting gaming events.

The first, The Media Indie Exchange, is a big expo dedicated to indie games, where a select group of indie game enthusiasts and industry professionals review and select the features games from a large list of applicants. The event took place in Los Angeles, on the roof of the elegant 1010 Wilshire Apartment Complex, and we were lucky enough to get the only air-conditioned room since our game needed an internet connection!

All sorts of awesome games were on display, my personal favorite was Vroom Kaboom, a tower-defense/racing game hybrid set in a Mad Max-style desert. The event was catered with a full buffet table and soda fountain with bottomless free refills!

Major League Magic was a real hit, and we had people playing our game the entire night. I spent the entire event dressed up as Sir Castalot, walking around and encouraging people to check our booth out. Anyone that defeated their opponent 2-0 won a free wizard hat! 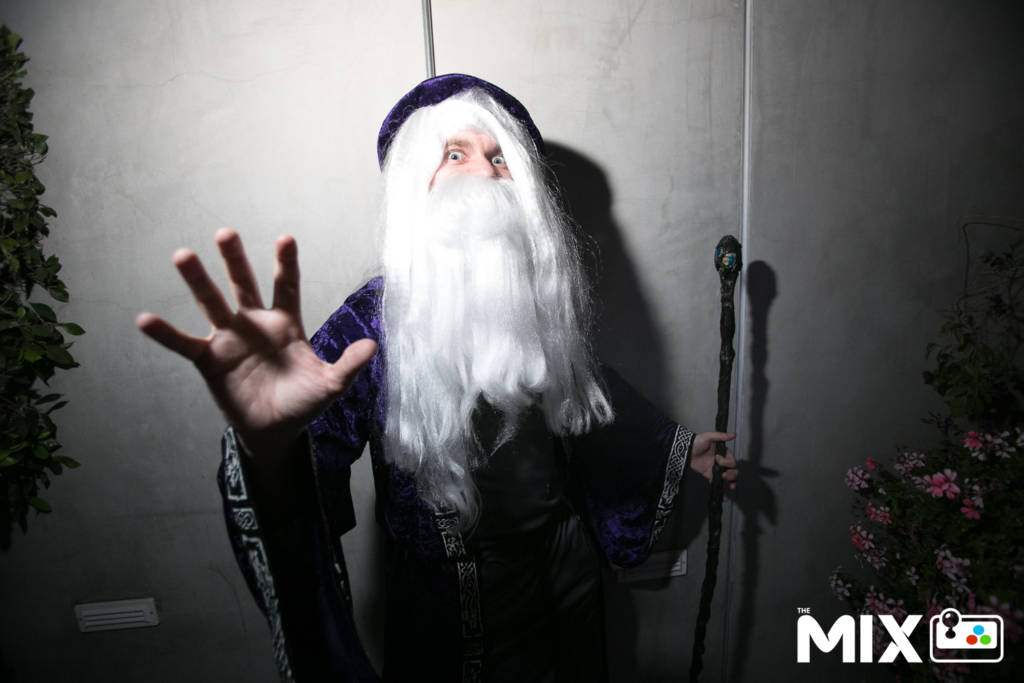 We weren’t the only game sent from UC Santa Cruz! Bookend is a VR adventure game, Kleptonaut is a zero-gravity puzzle shooter, and Forzebreak is a vehicle brawler I shoutcasted a tournament for last quarter. All four of our games were also featured in the other summer event we attended, Sammy’s Showcase 2018! 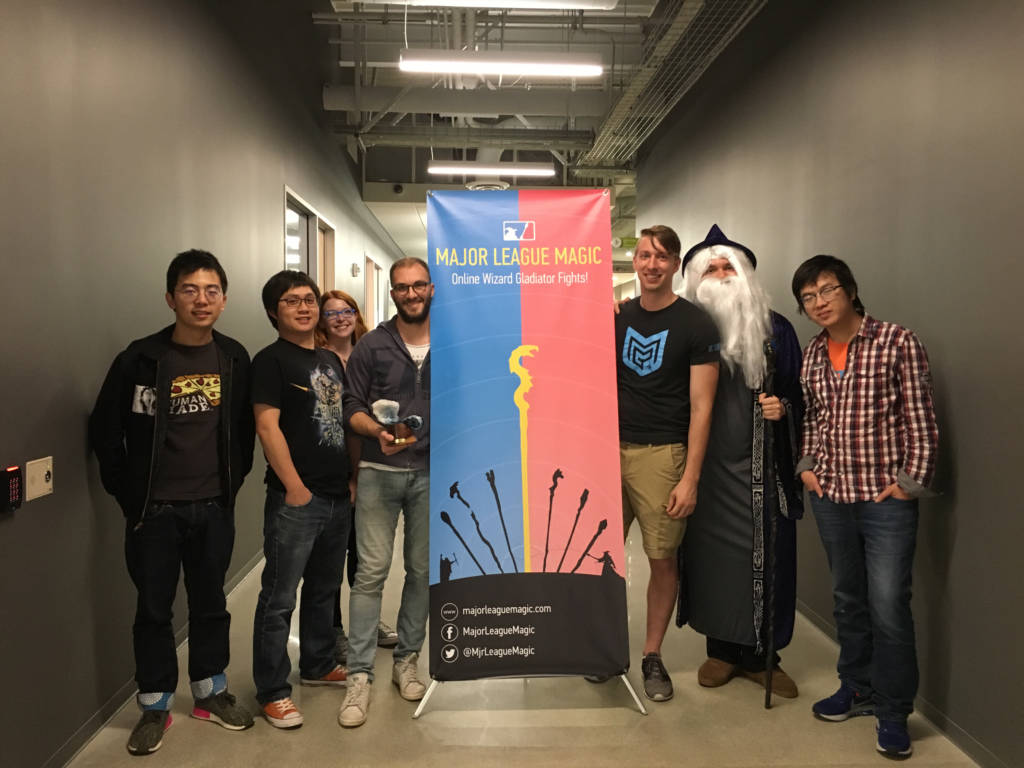 Sammy’s Showcase is a local festival, dedicated to student and graduate games from UC Santa Cruz. This year it was located at the Silicon Valley extension campus, and there were so many games that it took up two floors!

The first floor housed all the undergraduate games, like Bookend and Kleptonaut. Forzebreak also got its own room right at the front entrance, since its flashy artstyle and fast-paced gameplay made it a real crowd-pleaser. 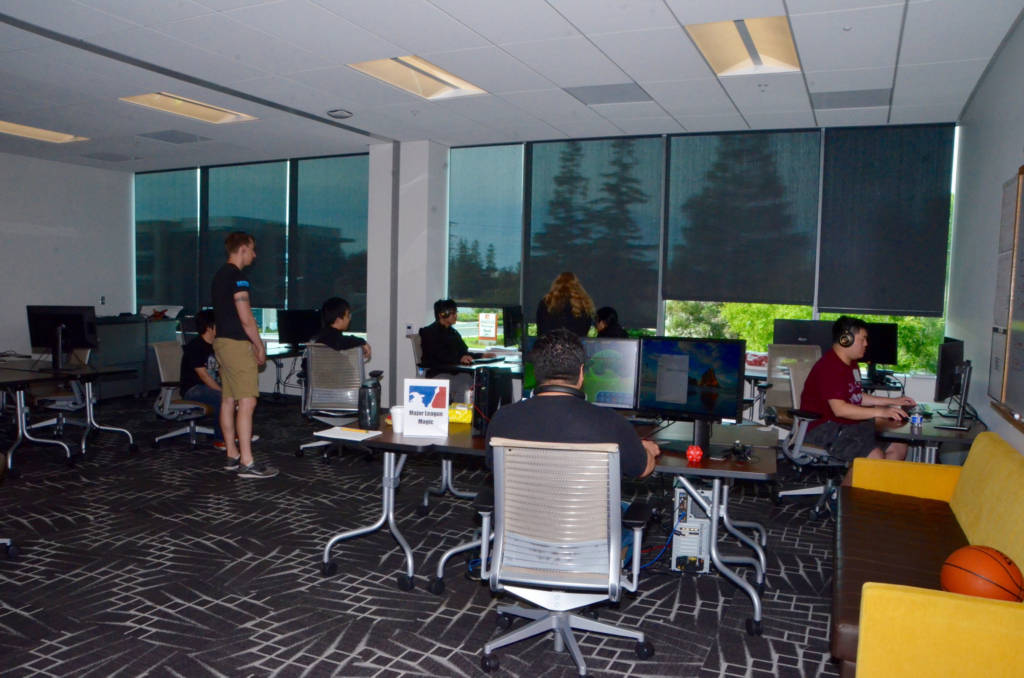 The first part of the second floor was for PhD and experimental games, and the majority of the labs were dedicated to graduate games. Major League Magic was in the largest lab, and once again Sir Castalot was roaming the halls recruiting up-and-coming wizards!

Among the many guests roaming the rooms and trying the games are a selection of judges composed of faculty, alumni, and industry professionals. At around 6pm the judges locked themselves in the awesome Games Room to cast votes on a number of categories. The winners get announced at the awards ceremony that traditionally wraps up that year’s showcase.

You can see many more photos from Sammy’s Showcase here! Thanks again UC Santa Cruz for hosting us, and to everyone who organized, ran, and attended these two awesome events!