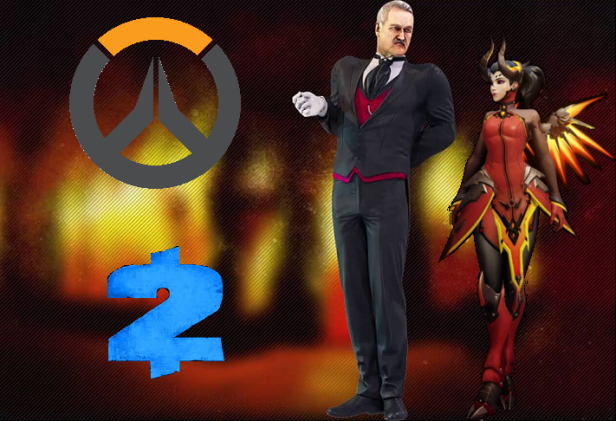 Today was a big day for gaming announcements! Over on the Payday subreddit, players were able to discover leaks suggesting that new weapons, DLCs, heisters, maps, and difficulties were coming to Payday 2. Yes, that’s right, new difficulties. ‘Mayhem’ will be between Overkill and Deathwish, and ‘One Down’ is going to be the new hardest difficulty in the game.  While its name suggests that players will only be allotted one incapacitation before going into custody, we don’t know much more than that. Hopefully it comes with some balance tweaks beyond just that.

And today the official announcement finally went live: Safehouse customization is finally upon us, and it comes with John Cleese as the newest and greatest character in the franchise!

After 4 years in development, hopefully safehouse customization will have been worth the weight. And again, I cannot stress how much I love Aldstone the stuffy English butler. I hope to god he’s a heister, but even if not we’ll presumably be able to visit him in our new safehouse. Also, notice the cross symbol used at 1:34 to represent the new police unit. Might the DCPD be getting medics to backup their forces?

The Overwatch community is equally excited for their upcoming Halloween event, which we learned about today because Halloween loot boxes appeared on the Xbox Live marketplace for a brief time before being removed. Based on the description, they’re going to behave exactly like the Summer loot boxes, ie you get at least one every time you level up, and they’ll contain at least one of the 100+ new Halloween items, or possibly a duplicate whereupon you’ll get some generic Overwatch currency that can’t be spent on the cosmetics.

Here’s the thing. I know everybody hates the holiday loot box system. Hell, I hate it too. It’s a horrible RNG-fest where you have a staggeringly low chance of getting what you’re actually hoping for, retired cosmetics tend to stay that way and more and more awesome skins slip by with there being almost nothing you can do about it, lest you wind up like those poor souls who bought hundreds of real loot boxes and never got the one skin they were hoping for. In addition, it encourages players to stop playing the game once they hit level 100 and wait for the event to land so they can farm 22 quick loot boxes before hitting the XP plateau at level 23. That’s bad for everyone involved, Blizzard included. But at the end of the day, I’m glad that cosmetics are the cross they decided to fall on, because that means that everything game-changing comes out for free. New heroes, new maps, new game modes, all free-to-play for the entire community, and to keep it that way I’m okay with Blizzard pulling whatever shady business they want in the cosmetic market.

Speaking of new heroes, there are signs that Sombra’s going to finally rear her shadowy head after an extremely long time of being hyped up and teased, and I’m excited to see a new hero breathe some life into the game. The recent Developer update video has mentioned upcoming hero adjustments, maps, quality-of-life changes, and a revamped Spectator Mode, and I’m particularly looking forward to that last one because I tried shoutcasting Overwatch for a little bit and the current Spectator features just don’t cut it.

See keep your eyes peeled! Overwatch updates tend to come within days of the first leak, if Comp Season 2 and the Summer Games set any precedent, and Overkill has stated that their event will last the next 10 days from October 7th to 16th.