Another Saturday, another update for Medical Necessity! And we have a lot to talk about this week! 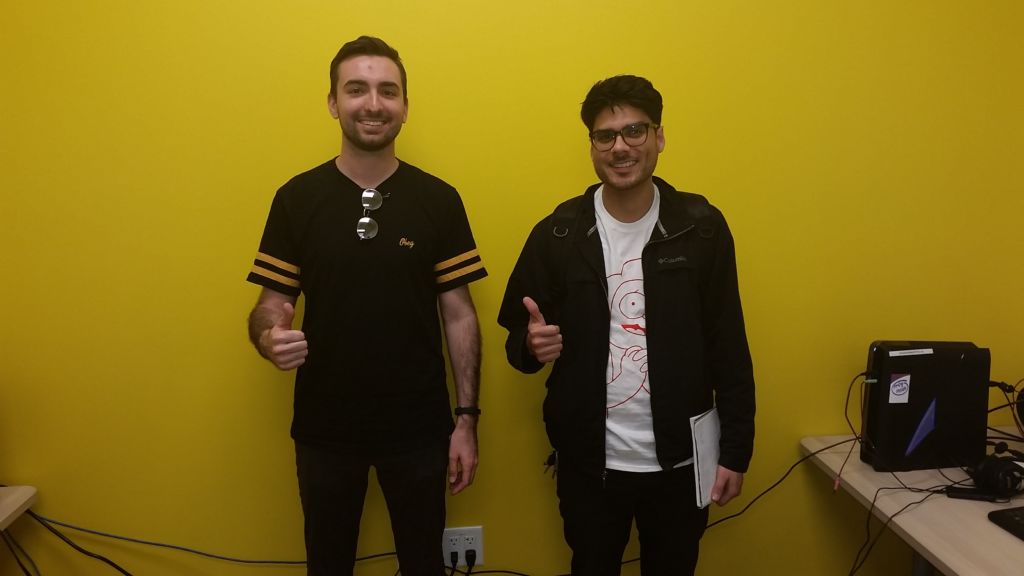 First things first, I’m excited to introduce Matt and Steven, our new audio designers! Hailing from San Francisco State University, they’ll be working with Pat for the next few weeks to design the different sound effects, music, and ambiance for our game.

We’ve added a lot of different changes, all of which are visible in this GIF, so let’s break them down part by part!

Artwise, the player character’s healthbar has changed back to the original, dynamically-colored green circle in order to visually differentiate him from the other characters on the field. Ben has also added a solid-state machine (a mechanic we discussed in the last dev diary) to keep track of animations, so the characters can show behaviors like reloading, running, and dying (previously they were just running the walk animation on a loop).

On the gameplay front, Carry has completed work on revamping the sniper class. They were proving lackluster with playtesters since they were wildly inaccurate when using the same projectile bullets as every other class (simply because characters are constantly moving; our design calls for perpetual motion in order to prevent potential stalemates), so we’ve updated them to have a unique hitscan shot that uses a laser sight and a ‘lock-on period’ that warns the player which teammate is about to lose a huge chunk of health. Secondly, thanks to Pat, the player now slowly regenerates health, a classic mechanic for helping video game medics survive the battlefield. Ben has laid the groundwork for a ‘priority list’ that the AI will use to choose their targets. When faced with multiple targets, the AI will now take the enemies’ equipped weapons into consideration when choosing who to shoot at. This means, for example, snipers will target shotgunners first (due to having the range advantage) and shotgunners will target whichever enemy is closest to maximize his damage output. 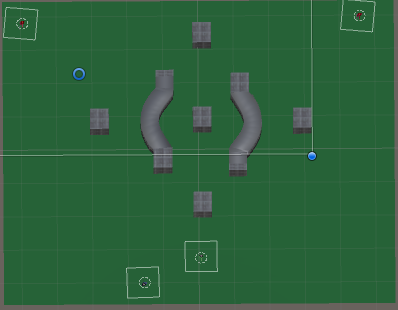 Mapwise, you can see we’re refining our test environment to something that illustrates more of the lane-based arenas we originally envisioned. We weren’t sure how well our current AI would translate to more restrictive map types, but the initial tests are quite encouraging. You can see that they fan out into different lanes and actively progress into unexplored areas after securing their current position. Remember, our AI use no waypoints or scripted behaviors. Our ultimate goal is to complete bots that can be inserted into any pre-made map and function autonomously, and the foundations of those goals are speaking for themselves.

All of these gameplay changes are to prepare us for our next big project: adding the other weapon classes! Our current projection is for seven different weapon types, each equippable by the player or the bots. But that’s for me to talk about next week! See you then!