Yesterday the second-ever Major League Magic tournament happened between 16 players, many of whom returned from our March 9th tournament. Everybody had a blast, and we actually made something of a splash on Twitch, with over 30 viewers at peak levels thanks to our fans spreading the word on Twitter! Everybody really seemed to love the terrain-manipulation elements, as the players’ spell selections crafted the arena into mountain-ridden hellscapes, empty desiccated plains, and everything in between. 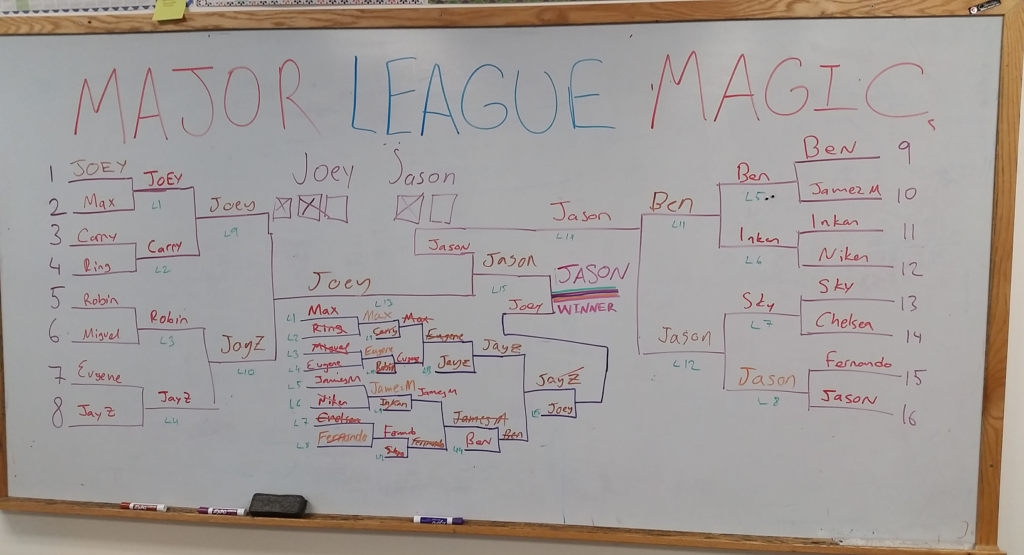 In the end, Jason won 1st place and became the first ever undefeated champion in a Major League Magic tournament (last tournament’s winner, Joey, reached the Grand Finals through the loser’s bracket). Thanks to everyone who watched and participated, especially my co-caster AngelOfWeir! If you want to learn more about the game or keep informed as to our upcoming events, check out our website at http://www.majorleaguemagic.com!