IMPORTANT INFO
Where: mixer/Smackus_Maximus
When: Wednesday at 4pm PST

Hi everyone! aabicus here, and I’ve been working on an exciting new game in my final quarter of my Game Design Master’s Program! 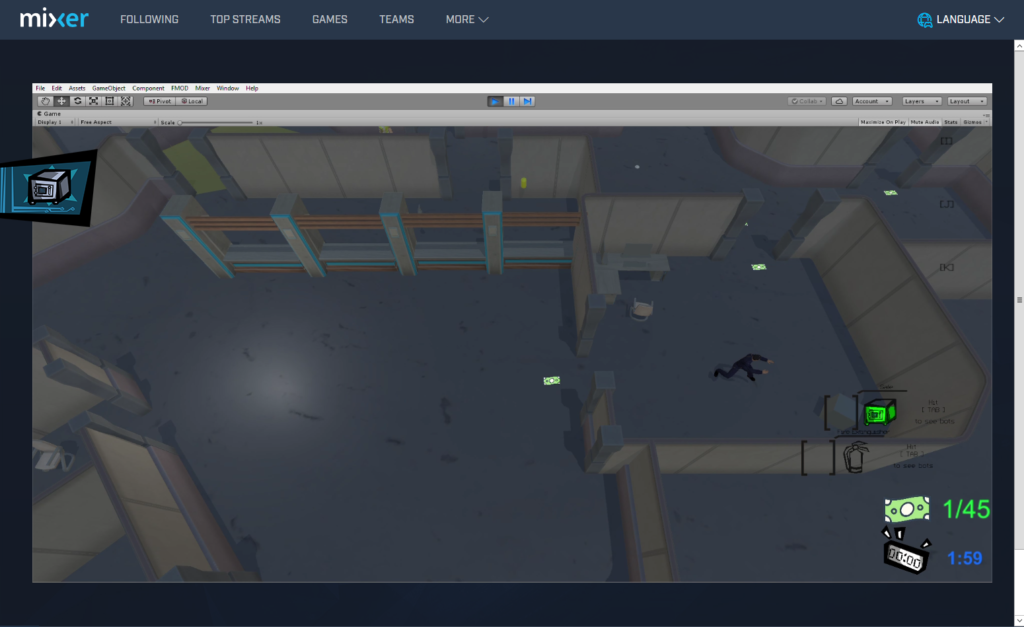 I’m on a team of six students who have been working with Mixer to develop Oceans Infinity, a crowdplay game designed to be streamed and played by many people at once.

Oceans Infinity is a bank-robbing game set in a cyberpunk world. The streamer controls Gaston, a classy gentleman thief who robs banks using his army of hacking nanobots. That’s you guys!

Gaston’s current target is Oceans Bank, which contains one of the most secure vaults in the country. As a nanobot, you can hack almost any object in the game, so long as Gaston can get close enough, but you need to choose wisely because nanobots can hack objects faster if they work together.

The game is still far from finished, but we have most of the core assets completed, and a large array of bank elements that will either aid or hinder our dapper protagonist. We’ve had minor internal playtests with three or four testers, but now we want to try the game as its intended to be played, with as many people playing as we can find.

The game will be streamed from mixer/Smackus_Maximus, and will feature me and Pat, our project’s Creative Director. Join us Wednesday at 4pm PST, and let’s turn Gaston’s nanobot cloud into a swarm!