Bag space in Pokemon GO is precious. Pokestops, Gyms, Gifts, Field Research, level-ups, and raids will quickly shower you with more items than you know what to do with, so it is not without serious pontification that I humbly suggest several items Niantic could add to Pokemon GO that would improve the game in subtle ways. 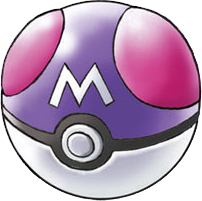 1. Master Ball: This one’s kinda a freebie for this sort of list, to be honest. It’s almost certain they’re going to add a Master Ball eventually. For those not in the know, the Master Ball is an infamous item from the main Pokemon games. You can always obtain only a single one, but it can catch any Pokemon in the game without fail. I’m not sure what the best method would be for them to add one; honestly it’d probably be through a completely new trumped-up mechanic, like how raids were added to the game specifically to showcase the first ever legendary Pokemon. Also, hopefully the Master Ball has some sort of failsafe to prevent the Pokemon from jumping and missing the shot completely. Wouldn’t that be a letdown!

2. Sacred Ash: Sacred Ash is the rarest and most powerful healing item found in the main series games, capable of fully healing all fainted Pokemon. This feels like the sort of semi-rare item you could obtain only through uncommon events, such as completing a 7-day streak of logging in. Right now, you get an evolutionary stone for 7-day streaks, which are useless to high-level players who (1) have already evolved everything and (2) have been playing long enough that they’ve already got more than enough evolutionary items to spare.

3. Devolution Spray: Devolution spray is one of the oldest Pokemon cards in existence, and never appeared in the games proper. Which makes sense, because there’s no real reason you’d want to de-evolve a Pokemon in the core games. But in Pokemon Go, Niantic throws Community Day events every month, where a specific pokemon can gain a limited-edition move exclusively through leveling up. Many of us have specific Pokemon that we love and cherish, and Devolution spray would make it possible to re-evolve these Pokemon on the correct day to get the special move. I imagine that Devolution Spray would be a store-exclusive item, something a player could buy if they were willing to go the extra mile for one of their Pokemon.

4. Everstone: In the core games, the Everstone can be given to a Pokemon to prevent them from trying to evolve after every levelup. It’s more of a quality-of-life item than something that provides an in-game advantage. Similarly, in Pokemon GO the Everstone could be assigned via the item menu and deactivate the ‘Evolve’ button for a specific Pokemon. Due to Community days, field research requiring evolution, and self-imposed challenges, many players have reasons not to want to evolve specific Pokemon (mine is my max-leveled 100% Rattata), and it’d make me feel better if I could add an additional layer of protection preventing a stray button press from irrevocably evolving somebody.

5. Team change. Not an ‘item’ per se, but something you could buy from the shop. Pokemon GO has been out for over two years, I’ve moved to a completely new city and made a whole new set of friends. I’m sure I’m the only one who isn’t quite as enamored with the team I idly chose thirty levels ago. A premium way for players to swap their team (or free, I suppose, like how they handle name changes) would be an easy way for Niantic to make a few more bucks. They could even offer free team changes to areas where one team is overwhelmingly dominant, if they determined that would improve their profit margins.

Reddit user Left4DayZ1 has some other great ideas for new items in this thread. Happy hunting!