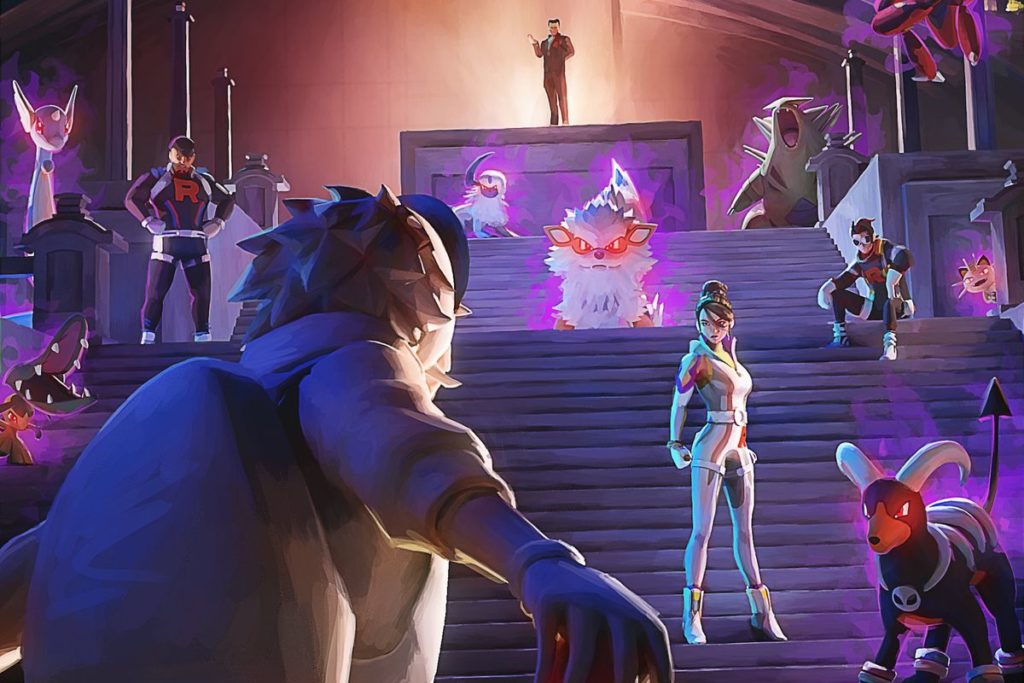 Yes, those dastardly Rockets are everywhere nowadays, taking over our Pokestops and challenging well-to-do trainers at the drop of a hat. Team Rocket Leaders up the ante, bringing a full set of shields and some seriously dangerous Pokemon with them, and things boil to a head with Giovanni and his shadow legendary birds. The combat system for fighting rockets is so different from anything else in the game, that you’ll prioritize completely different things when choosing the best Pokemon for the job. Here are five that are incredibly good value for your stardust:

But first! The most important thing to know about fighting Rockets is that Rockets will not attack for three seconds after either side changes Pokemon or uses a Charge move. This innocuous programming quirk is the core of the entire anti-rocket strategy:

With that out of the way, here are the five best Pokemon for the job:

To everybody’s surprise, the unremarkable gimmick legendary came out of nowhere to become the single best Rocket fighter in the whole game. With commendable bulk, two lightning-fast charge moves and excellent coverage, Melmetal is an amazing generalist and useful against every type of Rocket. Even better, it’s very easy to get truckloads of Meltan candy via Meltan boxes, meaning the stardust cost is the main hindrance. Remember that a lvl 1 lucky pokemon costs less to max out than a lvl 31 unlucky. 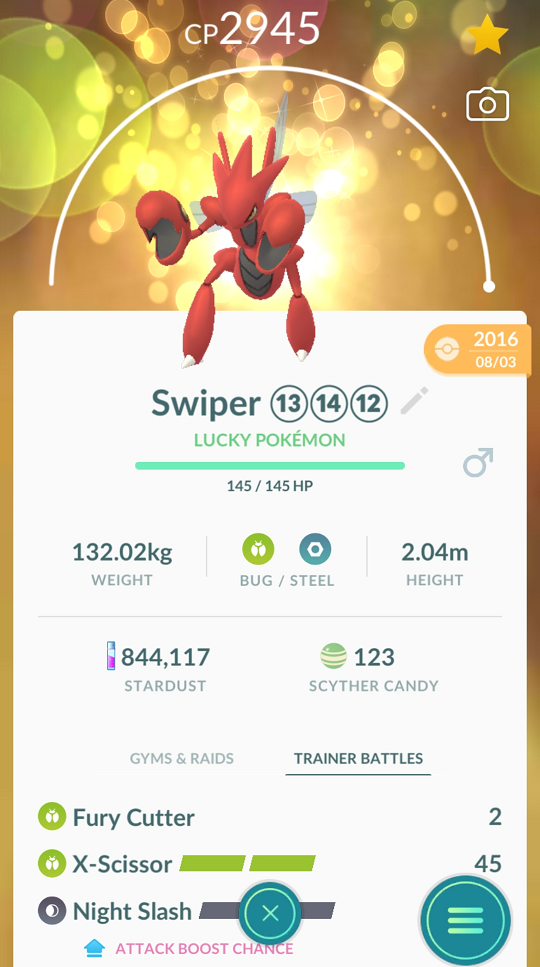 Scizor is another solid choice with all of the same perks as Melmetal. Cheap to find candies, cheap to evolve, and has access to two rapid-fire Charge moves. The latter, Night Slash, even comes with a 10% chance of upping your Attack, which should happen a few times since you’ll be spamming it. Scizor was my first love when it came to Rocket Battles, and it participated in all four battles when I plowed my way through the whole Rocket leadership in one day:

Unlike the previous two, Lucario is a serious pain to power up due to nonexistent candies and a frustratingly low hatchrate for Riolu from 7k or 10k eggs. If you can actually reach a fully-powered Lucario, though, it’ll definitely serve you well.

His signature move in PvP is Power-Up Punch, which boosts his attack every single time he fires it, turning him into a terrifying glass cannon that gets ever stronger as the battle progresses. A dedicated PvP Lucario can also boast amazing coverage with Shadow Ball, though mine has the mostly-useless Aura Sphere because he needs to pull double-duty for raids/gym attacking. Hey, the candies are really rare! 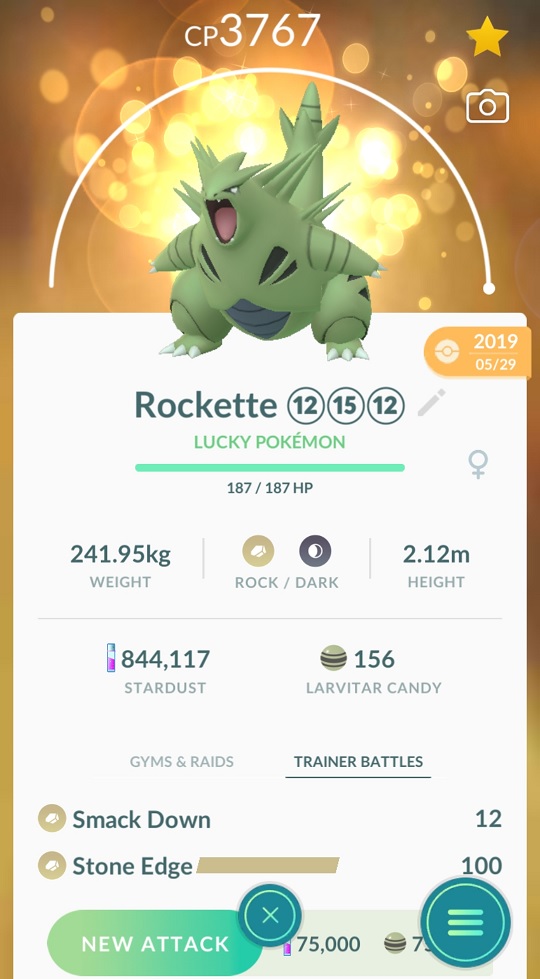 Smack Down Tyranitar is the only Pokemon you need to handle 90% of Rocket grunts, and he’s no schlup against the Rocket Leaders either. As his popularity in raids attests, Tyranitar boasts the holy triumvirate of good stats, good moves, and a bulky typing/coverage. Smack Down is one of the best fast moves in the game, and Smacktar will be able to defeat most shadow pokemon without even bothering with charge moves. He’s also the only Pokemon you need for daily Training rewards, since he can solo Masters Candela without wasting time on Charge moves. If you don’t have one, make sure to get one in December. As well as… 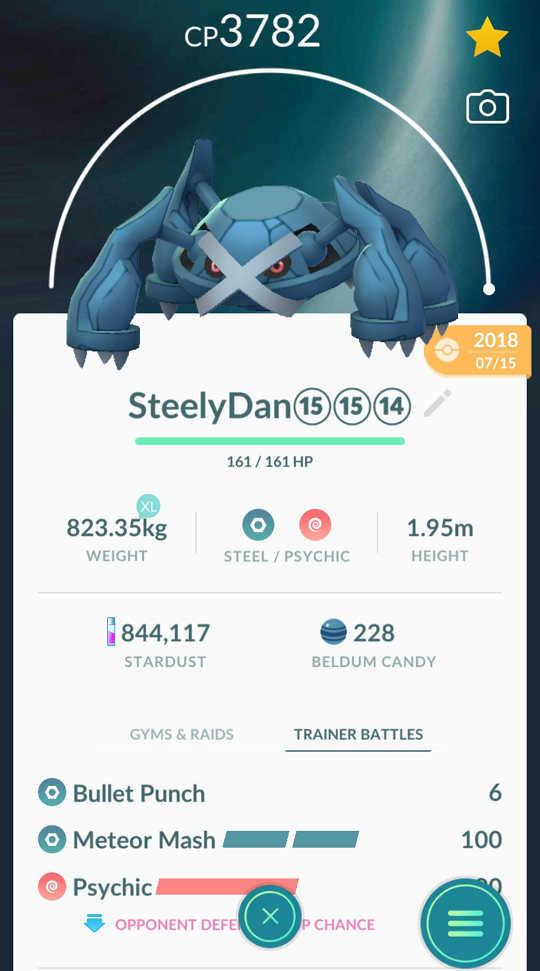 Yes, this mofo’s back, and he’s still the best overall Pokemon in the game by any metric. Honestly, you don’t really need to add Psychic if you’re trying to save dust, he can basically hit anything with Meteor Mash and keep the pain train coming. While it doesn’t charge up as quickly as the first three Pokemon in this list, he has the bulk to survive long enough to reach Meteor Mash, and he hits hard enough even through fast moves to whittle his way through the tanky enemies that would give your other ‘mons trouble. (And if Pokemon GO ever adds Mega Evolutions, he’s gonna be on that Top 5 list as well…)

My final note before ending this article is that you’re probably going to want to get second Charge moves for most of your PvP Pokemon, just because of how important type coverage is in the Rocket meta. While the primary goal is mitigating damage through spamming charge attacks, it won’t matter if you can’t deal enough damage to kill them on your own merits. But even without, this article should have highlighted some high-value options for the budget battler who wants the most coverage with the fewest Pokemon possible. Happy battling!