Well, this is certainly a surprise! Left 4 Dead 2 is getting a new campaign!

The announcement came on Valve’s long-dead Left 4 Dead blog, and the full text is rather cryptic:

It has been many years since the infection first hit. Radio silence, no sign of life, nothing but lingering hopes… CEDA is not going to save us. But there is hope! A few brave souls have continued the fight against all odds, and soon we can all benefit from their resilience.

“The Last Stand” is an update for Left 4 Dead 2, created by the community, for the community. Additional details will be coming soon.

Until then, check out the teaser trailer and prepare to make your Last Stand.

The fact that the teaser is hosted on a random person’s YouTube channel suggests that this is going to be a community update, much like the ones TF2 used to get such as End of the Line and Invasion. Which is huge, because Valve has largely abandoned such notions after the two aforementioned updates came with loads of drama, backlash and a general negative reaction from the communities at large. So many people (like Valve News Network) are hypothesizing this new attempt is testing for a resurgence in those sorts of updates for Valve’s higher-profile titles. 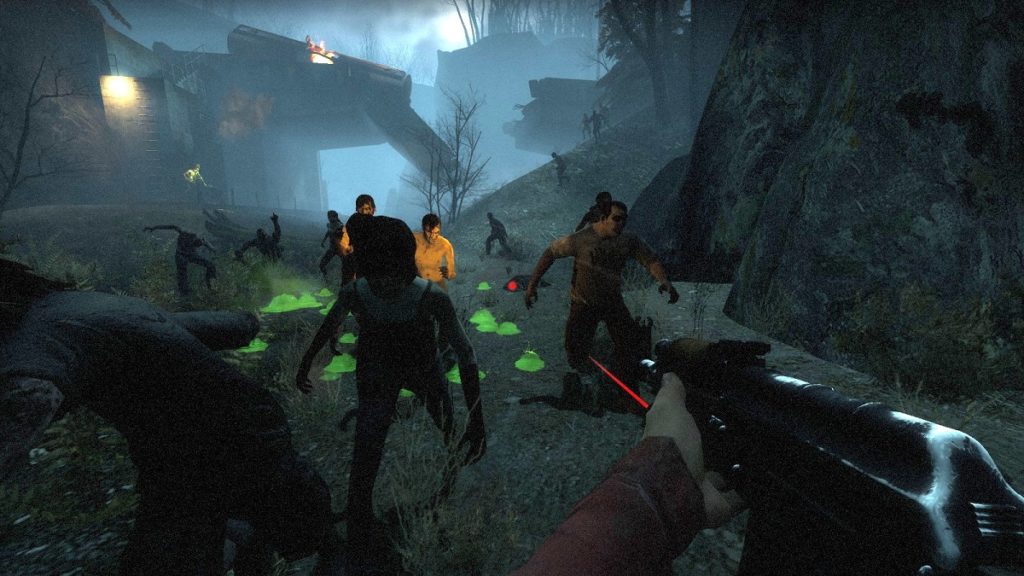 And I can certainly see why people think that. Left 4 Dead 2 is otherwise a completely random game to receive an update out of the blue like this, but that makes it uniquely risk-free for such a test. Not only will the community be happy with any new content this late in the development cycle, but L4D2 also has no micro-transaction system so Valve won’t need to worry about the legal and financial headaches of how the contributor compensations will split.

And focusing on it from just L4D2’s perspective, this update is exciting for a number of reasons. Not only will it almost certainly feature The Last Stand, the final map from the original Left 4 Dead that was never ported to the sequel, but the trailer features environmental assets that were not present in the original, suggesting the survival map is being expanded to a full-fledged campaign. Which is really exciting from a lore perspective, since the lighthouse is physically linked to the Death Toll campaign so we (likely) won’t be getting another completely-unconnected one-off like Cold Stream.

I don’t want to engage in too much speculation, for fear of creating expectations that might take away from how awesome it is that this is happening in any way. Like most L4D2 fans, I’m just super excited to see new content for one of my favorite games of all time. I’m really looking forward to playing a new official campaign, and I’m really happy to see the organizers are choosing to focus on old Left 4 Dead lore. Maybe if this one succeeds, they can do another update for Dam It, or even the never-released cruise ship campaign. Who knows was the future could hold?