Every couple years or so I feel the need to boot Planetside 2 back up, just to see what’s changed in Steam’s pre-eminent Spandex in Space Simulator. Last time they added orbital air strikes and the whole construction minigame. This time around, nothing that drastic seems to have newly entered the fray. But there is one very-obvious addition you’ll see the first time you spawn into the map.

There’s now an orbiting spaceship called Sanctuary. It serves as a hub for all four factions to commingle peacefully before queueing into the active continent to murder each other. Imma be honest, I don’t really see the point of adding such a location this late in Planetside’s life cycle. Back in the day a neutral hub might have been nice, when multiple continents would be unlocked. There might actually be some reason to group up with your mates before spawning in. But nowadays there’s only one place to go, so it’s pretty much an unneeded road stop to reaching the action. 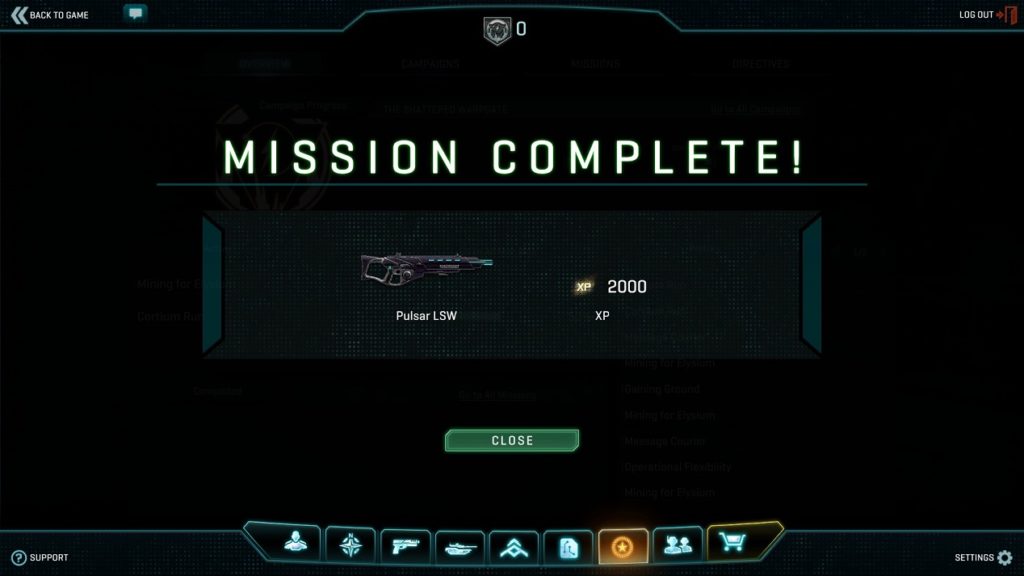 The only thing Sanctuary did for me was alert me to the existence of missions. Thanks to the convenient Mission Stations scattered around next to the Equipment and Warpgate terminals. Now you can sign up for side gigs to complete while battling your way across Auraxis. Finishing them rewards you with XP, Implants, and even sometimes weapons. Unfortunately, the mission system as designed really rubbed me the wrong way. It’s probably my least-favorite system they’ve added to Planetside 2. 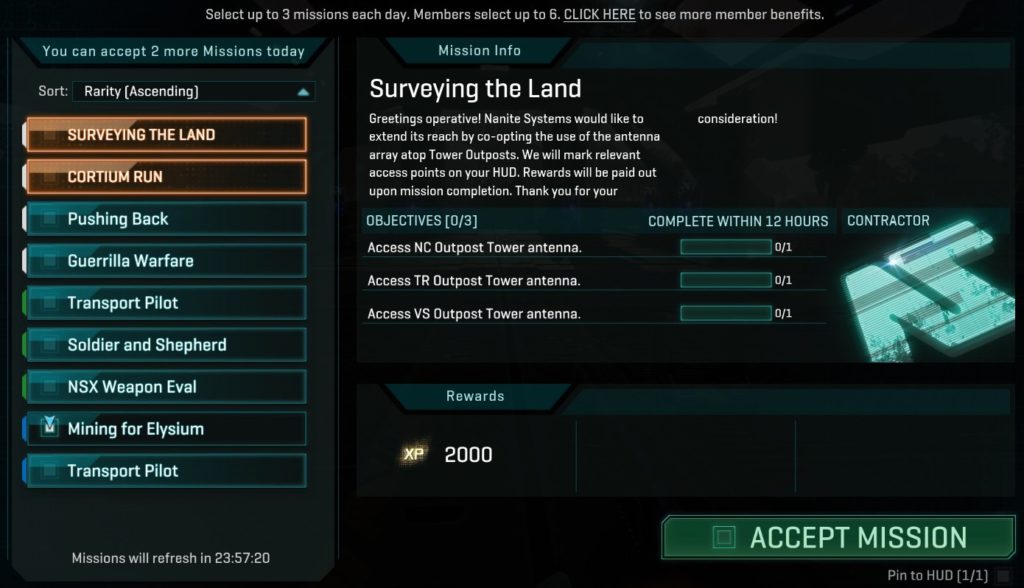 The problem is that 80% of the missions involve simply killing enemy planetmen. While I see the logic behind that (80% of the gameplay is killing enemy planetmen), I personally suck at killing so I can’t do any of those. As a career Medic fully kitted out for support, I have one of the worst KD:Rs in the game’s history. I simply cannot score the couple-dozen kills every mission expects you to get under specified gameplay circumstances. This means I’m restricted to the non-combat missions. Which, collectively, are some of the dullest and most frustrating experiences I’ve suffered through in gaming. All of them require trundling around empty wilderness miles from the front lines, sometimes deep in enemy territory. Then interacting with map objects and praying nobody sees you and ends your sordid expedition prematurely. 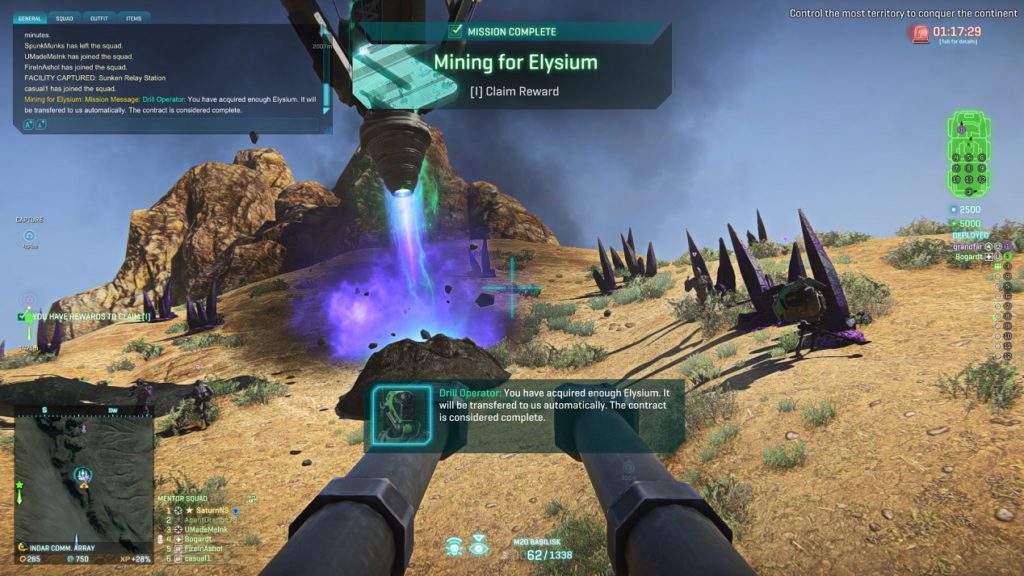 There’s one that forces you to reach three “broadcast stations”. Two of which are going to be deep behind enemy lines. And then each antenna is at the top of a very tall tower only navigable by Light Assault troopers with jetpacks. This means stealth is completely impossible. Even worse is the mission involving guarding orbital mining drills. They seem to always spawn deep in enemy territory. This means they’re basically death sentences if you actually try and reach them. Anyone else with the same mission will already be there with tanks. After a while I picked up the habit of waiting for the continent to lock so I could pop missions in peace. Until realizing I had completely abandoned all notions of actually having fun in what was already an incredibly grindy shooter. 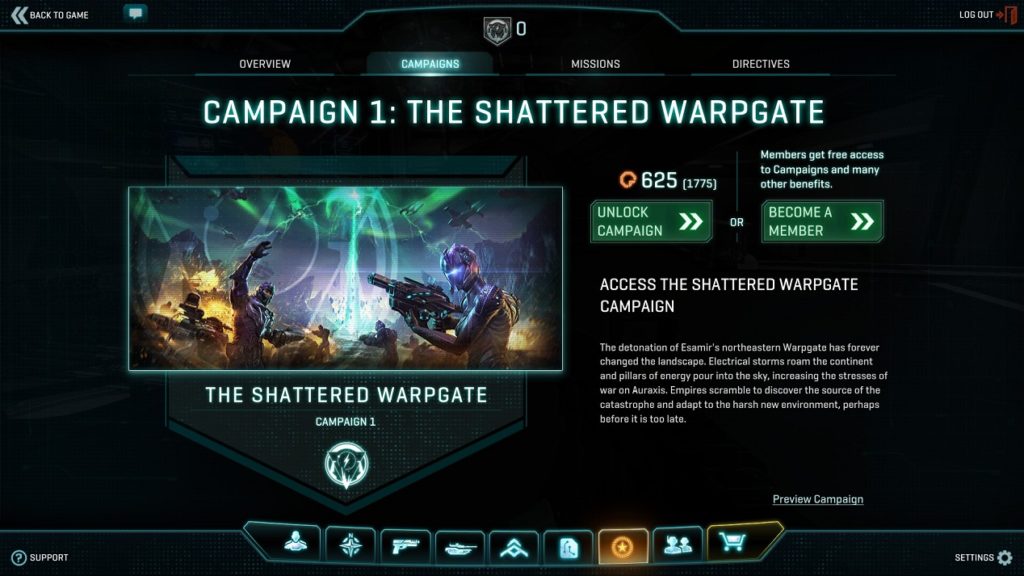 The last big addition is a campaign-styled storyline you can opt into for a sizeable chunk of certs. It appears to be entirely composed of missions, and I hated the free ones so much that I didn’t touch that shit with a ten-foot space pole, so I can’t really report on that. In general, while Planetside 2 is still fun, this is the first time I’ve logged in after a long hiatus to find nothing has been added that really enhanced my experience. They’re lucky the actual gameplay loop is still intact and all this side stuff is optional. This means I can go on enjoying the squad-based tactical redeploying, mass-rezzing corpses with grenades. And using my new NS-11P rifle that’s like a bullet hose of recoil-free firepower. I should have swapped from the Pulsar years ago! 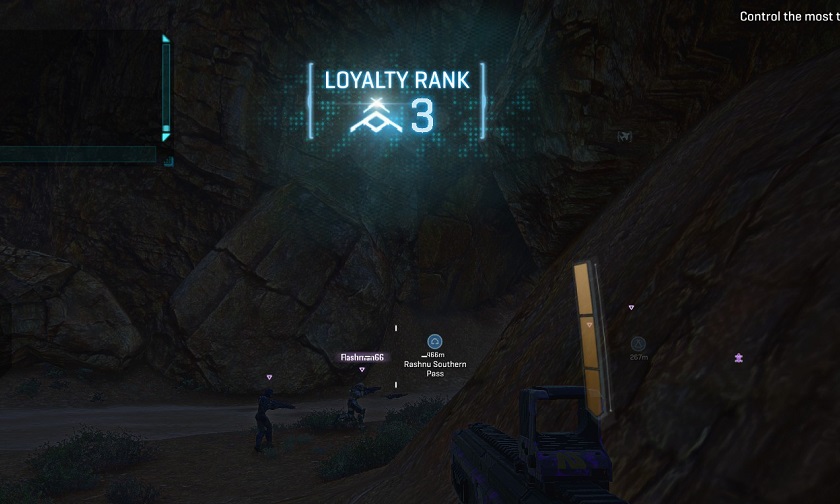 The only new system I haven’t mentioned yet is the Outfit Loyalty mechanic. You can gain ranks and some sort of currency for sticking with an active outfit and doing things with them. I don’t have much to say on it because I’m relatively new to outfits. I finally abandoned the years-dead Victory Xor Death in favor of the infamous Wild Cards so I can test it all out. Might have more to say in a future article later. But for now, this is aabicus of the Vanu Sovereignty signing off!