This is not a sports blog and I am (in no way) a baseball fan. But pretty much everyone on reddit got to witness one of the funniest plays in living memory last Thursday:

Cubs Shortstop Javy Báez somehow turns a guaranteed third-out into a run scored while also reaching second! He himself scores on the next hit, and those two runs cinch their victory over the Pirates 5-3. Can’t help but feel embarrassed for Pirates’ first baseman, Will Craig.

But whereas most can only sympathize with Craig, I can empathize, for I also had some less-than-illustrious moments in my baseball career. It was Little League 1999, I was 8 years old and trying to branch out from only playing soccer. Our team was called the Rookie Cardinals despite us living nowhere near St. Louis. But despite my many years switching between striker and goalkeeper, I quickly proved to have zero necessary skills to succeed in baseball. I can fondly remember three particular moments from my first (and only) season:

I quickly wound up in left field and never shifted to a new position. Probably the smartest call, honestly, as I could neither catch nor throw. The only time I remember the ball flying my way, I wasn’t paying attention as I’d discovered a four-leaf clover hidden among the grass! (We still lost though.)

I only registered a single hit in my baseball career. The problem was that I never attempted to aim and I didn’t know how to time my swing. I focused 100% on swinging the bat as hard as I could, which it turns out is not a great strategy. The umpire ruled me out despite making the hit as I let go of the bat before completing the swing, almost hitting the poor catcher.

At some point, the coach became tired of me constantly striking out and ‘promoted’ me to first-base coach to remove me from the batting order. First-base coach is a batting position where you stand next to first-base and, far as I could tell, do nothing else. Except for that one time… 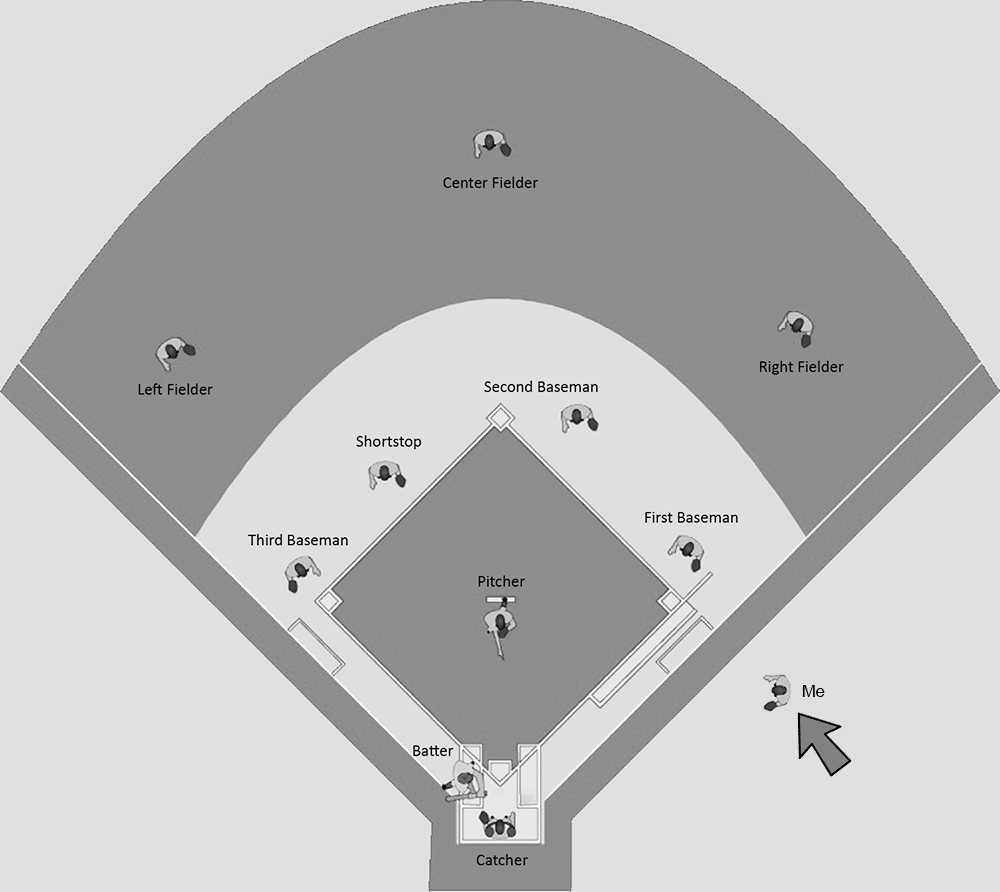 So after a while I started wondering, why is first-base coach the only field position that doesn’t get a glove? What if the ball were to fly at me? I decided to bring my glove out just in case. And lo and behold, somegame later the ball indeed flew at me, and I actually caught it! This was my only time catching a ball, but my coach was less-than-thrilled because it got our own batter out. After that I wasn’t allowed to wear my glove while first-base coaching any more.

The Rookie Cardinals ended up coming in last that season, and the team encouraged me to switch back to soccer next year. But I did get a snazzy paticipation trophy and some wonderful memories!