Skip to content
Date: June 11, 2021Author: aabicus
The other day I reviewed the Agency Hovercraft DLC from Just Cause 2, despite it being over a decade since it came out. I can’t help it, I really like Just Cause 2 and have been addictively binging my second playthrough. And I just want to talk about the other DLC I purchased, one I’ve been enjoying since I first got the game in 2015. 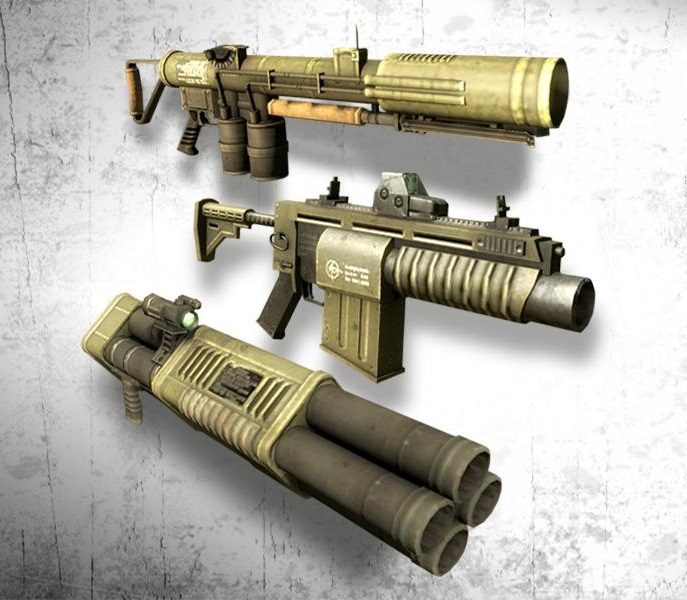 The Black Market Boom pack is one of the two multi-item DLCs, along with the Black Market Aerial Pack. The latter I chose not to buy as I rarely use planes and don’t want to have to repurchase the Thrusters every time I die/restart the game. (Plus you can easily reach faster speeds by getting good with grapple-slingshotting yourself.) The Black Market Boom pack is definitely a mixed bag, each weapon coming with pros and cons, but overall I find it a very worthwhile addition to your game. Let’s go over each weapon:

Believe it or not, the Quad Launcher is actually a sidegrade despite firing four rockets at once. The Stock launcher targets the crosshair, meaning you can easily hit long-range targets. In contrast, the quad rocket spread is entirely randomized, making it annoying to hit small/faraway targets. This makes it far more useful in close quarters, which unfortunately is also the riskiest time to use a rocket launcher. Despite this, it has a laundry list of positives that keep it a viable option for certain situations. It’s the cheapest rocket launcher in the game, it can replenish ammo from dropped enemy launchers, and it expends the same ammo ratio as the stock launcher. The Multi-lock Missile Launcher from the Black Market Aerial Pack is a better option overall, but this one fits well into the game balance as a unique shotgun/bazooka hybrid.

The Cluster Grenade Launcher is definitely the weakest weapon in the pack function-wise. It runs out of ammo quickly and cannot replenish rounds from enemy grenade launchers. The main upside is that the clusters live up to their explosive reputation, it’s definitely effective while the ammo lasts. Also because the gun is a two-handed weapon, it slots into different loadouts from the stock grenade launcher. Notably, you can bring the revolver/SMG combo with it, which I consider the best combo in the game. Personally I think it feels weird to use since it has the same trajectory as the stock grenade launcher, but because it’s a big two-handed gun I kept expecting more velocity behind my arc. Finally, it’s cheaper than stock grenade launcher but carries far less ammo. Aerial Propulsion Gun You all knew this was coming. The Aerial Propulsion Gun is easily best part of the set, and the primary reason to get the DLC. It adds a ton of fun to the base game and unlocks a whole new world of physics-based sandbox shenanigans. You can send your own car flying, turn guards into pinwheels, send physics objects flying right before grappling to them… Hundreds of hours later I was still finding new opportunities to do something crazy with this gun. It is 100% worth it and your game isn’t complete until you’ve experienced this weapon.

Ultimately, in case it’s not clear, I highly recommend the DLC. Its guns are balanced within the game’s ordnance and add a lot of value to the Just Cause 2 experience. I still can’t believe they didn’t bring the Aerial Propulsion Gun back for Just Cause 3!