Hi everybody! A few weeks ago our most recent dev diary went live for Medical Necessity, and unfortunately, it will also be our last.

As our final project for the quarter, every team needed to showcase their progress during pre-production and demonstrate that they have a schedule for finishing production in the next three months. Unfortunately, the judges decided that the game we were working on wasn’t in a state worth continuing. They mentioned that the game’s core concept seemed ‘self-contradictory’, in that the player didn’t have enough control over the gameplay and that led to the game not being fun. This is a pretty classic problem with games revolving around healing; most people don’t want to be the healer, so we had to go above and beyond to try and make the concept attractive to the general game audience. Turns out we didn’t do well enough.

Each member of our team was then required to talk to the other projects and find one to join, and I was quickly accepted by the Magebrawl team as their marketer. I’d already shoutcasted a tournament for them, and I’m going to fill a very vital role in promoting their game to the general gaming audience. As a multiplayer competitive shooter, they need a large online presence ASAP, and I’m excited to begin that road with them.

This honestly might be a good thing for you readers here on The Daily SPUF. This blog was originally founded to talk about multiplayer shooters like Team Fortress 2, and many of us love games like Counter Strike, Overwatch, and Loadout. Magebrawl shares a lot of similarities with these titles, and I’m looking forward to the opportunity to market a title far closer to the sort of stuff I’ve always written about.

(This also means I can show you all this cool stuff I wrote for Medical Necessity, stuff you need to keep close to your chest while developing, but now all bets are off! Check out this snazzy Master Design document, and this design wiki we used to keep track of how the game was progressing!) 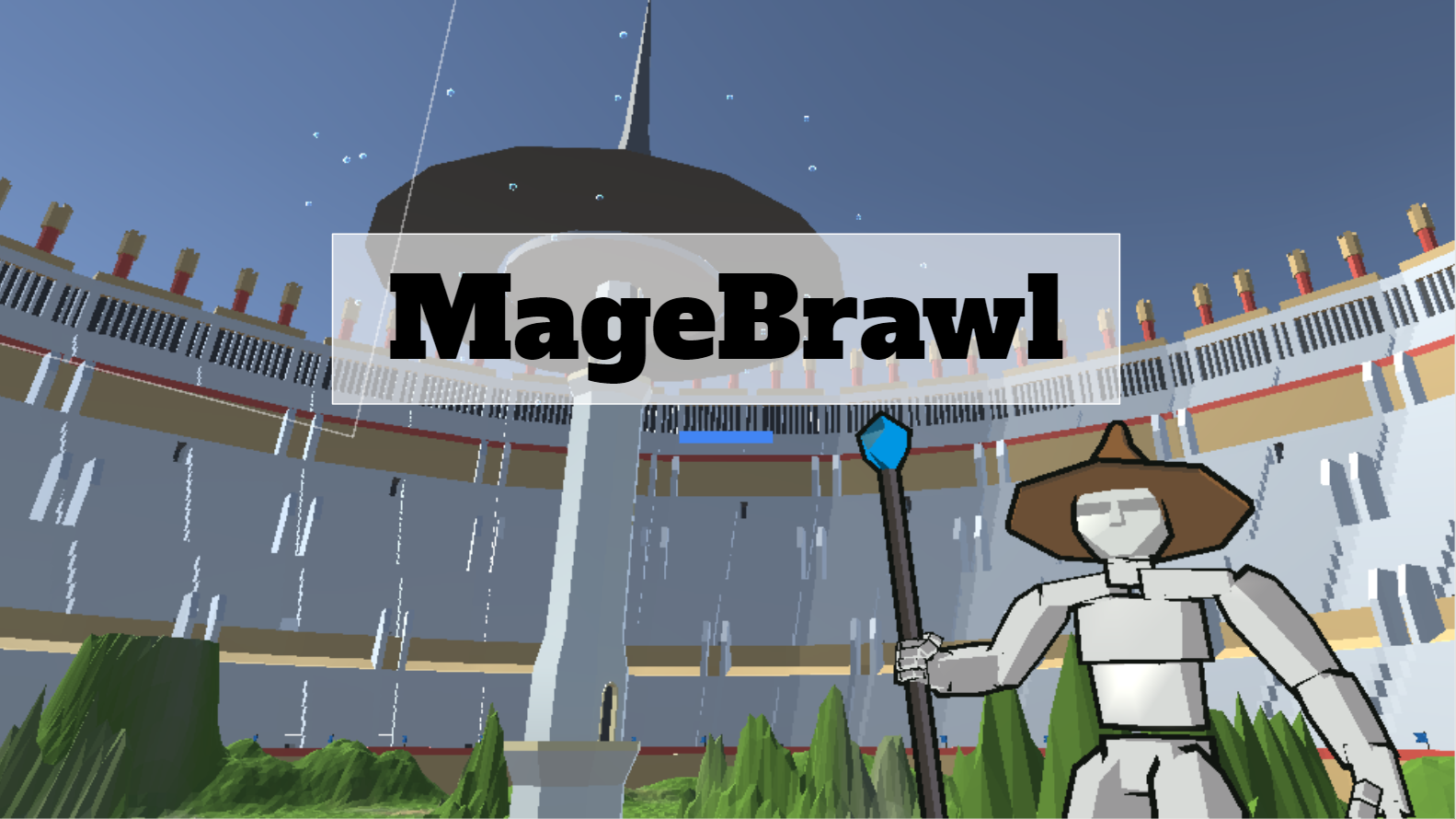 Let’s talk a little about Magebrawl! Magebrawl is a multiplayer competitive shooter revolving around spells. Each player chooses four spells from a fire, water, and earth-themed roster, then enters the arena and attempts to kill each other. There are no healing abilities, and the ending of a round is usually very intense as the survivors struggle to make the most of their remaining hitpoints. The team that wins two of three rounds claims victory!