Hi everybody! Remember that awesome tournament we ran a few weeks ago? Well, we’re excited to officially announce that we’ve finished pre-production and are moving into fulltime production! 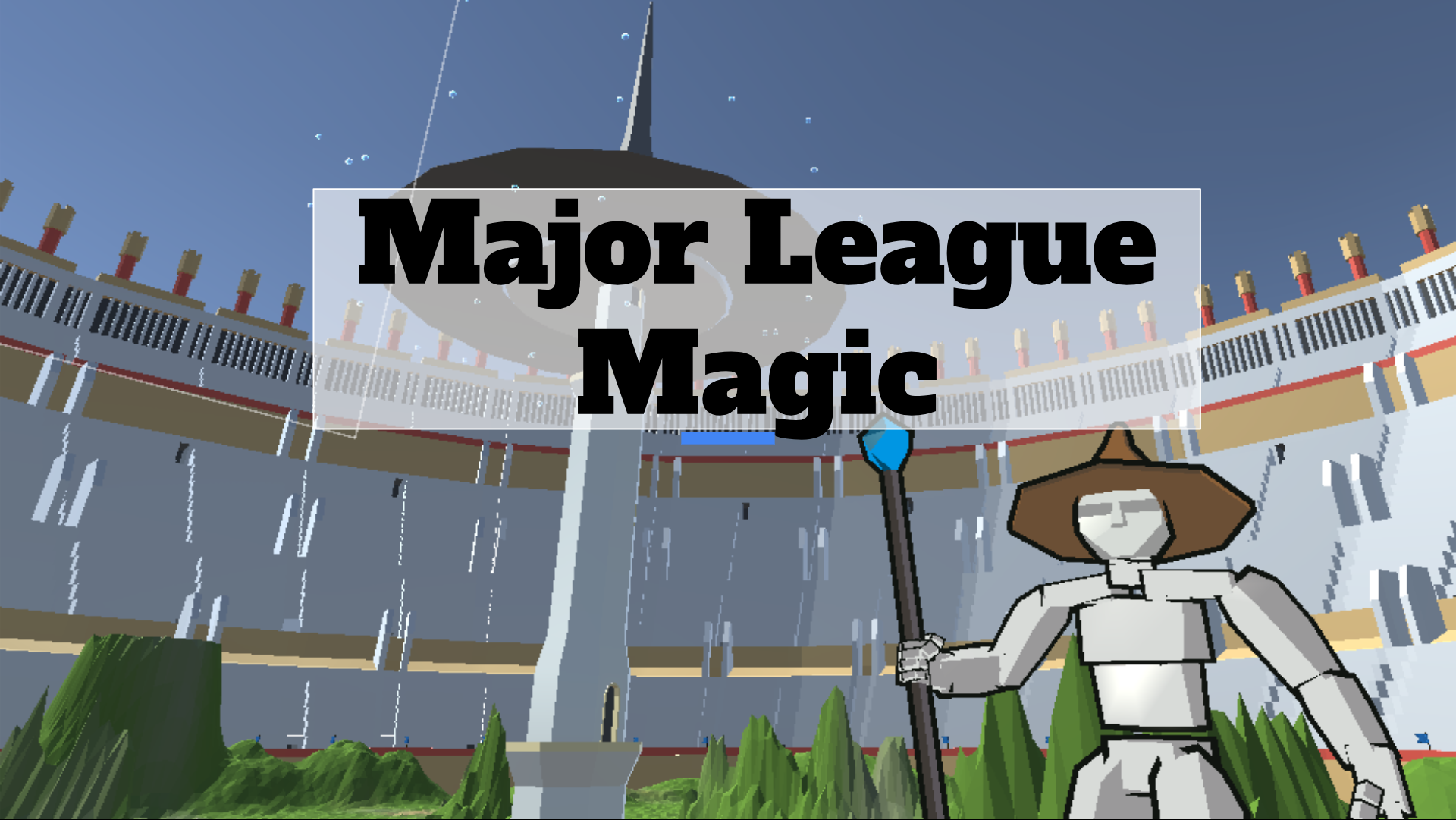 Major League Magic is a multiplayer competitive shooter revolving around spells. Each player chooses four spells from a fire, water, and earth-themed roster, then enters the arena and attempts to kill each other. There are no healing abilities, and the ending of a round is usually very intense as the survivors struggle to make the most of their remaining hitpoints. The team that wins two of three rounds claims victory!