Adios, old decade! Tomorrow is the first day of the new ’20s, a decade sure to be just as roaring as the one that used to be known as the ’20s’. I’ve often wondered just how long it takes for the old century to fall out of conversation and get replaced by the new one in abbreviated parlance. Guess we might be finding out somewhere around the 2050s, is my personal guess.

But anyway! The ’10s were certainly a hell of a decade, especially for gaming. We were treated to some huge advancements in graphics, hardware, and processing capabilities. The open world-survival craze that rose to prominence at the beginning of the decade was spurred on by these advancements, as it had never been quite so easy for a developer to install Unity and populate a forest with some basic enemies. And when Steam released its Early Access system in 2013, it never became easier to release the barest framework of a game and still get paid for your ‘work.’ I’m sure we all remember the poor open-world survival genre becoming so glutted that only the cream of the crop (like Minecraft, the game mostly responsible for said movement in the first place) survived more than a few years.

And as hardware advanced, developers finally reached their next milestone with Battle Royales. Never before had networks been capable of smoothly handling 100 players on a single server. But as soon as it became possible it was like a switch flipped and Battle Royales were everywhere. It’s funny how that happens.

So what will the next big thing be? Personally, my prediction is MMOFPSes. Gamers have constantly demanded bigger, better fights, but the hardware has simply never been there. And it’s not quite there yet, as Planetside 2 unfortunately demonstrates. But the world is waiting for a game that unites the shooter genre with the massive legendary battles of MMO lore. I personally cannot wait. 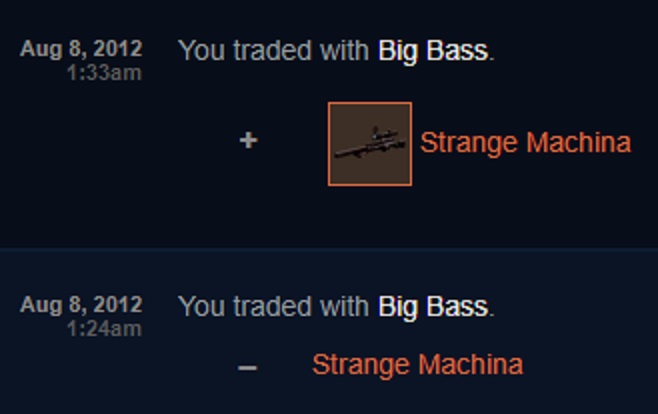 But these technological advancements weren’t only changing the way gamers interacted with each other; they were also teaching developers how to get players invested with games-as-a-service. Team Fortress 2 was the most influential western game when it came to payment models. When Valve released the Mann-conomy Update in 2010, they pioneered radical new ideas including an in-game store, a crate-and-key loot system, and even a P2P trading system so players could sell items to each other. The dawn of Microtransactions was upon us, and dozens of other games started borrowing their ideas, starting with Valve’s other titles Dota 2 and CS:GO.

Microtransactions proved to be so successful that many games (including TF2) went free-to-play and fully embraced “games as a service”. Developers were no longer crafting games designed to end; now the goal was to keep people playing indefinitely. By creating an emotional connection to Markov chains and endorphin-triggering feedback loops, developers could breed players that found their value in repetition.

And some of these games were getting so big, and generating so many devoted players, that extra-curricular leagues began forming just so the community could watch their best and brightest duke it out. Communities like League of Legends and Counter-Strike began hosting tournaments at increasingly-larger venues and with massive cash prizes on the table, and other games like Dota 2 and Overwatch came with developer-grown esport scenes that took advantage of the world’s increasing acceptance that competitive gaming was a legitimate career choice.

Last but certainly not least, all of these changes gave birth to a new thriving medium: mobile games. With smartphones becoming increasingly widespread, and with gaming evolving into more of a social experience than it ever was before, it was only natural that developers started releasing content people could enjoy a few minutes at a time during the lulls in their busy outdoor day. From puzzle clickers like Angry Birds to cartoony shooters like The Respawnables to alternate-reality games like Pokemon GO, there was now something for everyone, no matter their interests, a single finger-swipe away.

Honestly, that last sentence probably sums up the biggest paradigm shift the 2010s introduced to gaming as a whole: there’s now something for everyone. The world is no longer separated into gamers and non-gamers, because everyone is playing something. Games have permeated every facet of our culture and society to the point that they’re making more money than Hollywood, and the numbers are only going to grow as more countries develop internet mainframes and the bottom-line of technology pushes slightly-outdated consoles and computers into affordable price ranges. This is a brave new world, with such games in it, and it’s impossible for any of us to know where gaming is going to take itself next.