Since Pokémon has still somehow not released an MMO, World of Warcraft has remained the perennial title any monster-collecting MMO gets inevitably compared to. Its completely-optional minigame of traveling the world capturing pets, choosing their movesets, leveling them up and doing turn-based battle with NPC trainers and even other players is one of the most straightforward adaptations of the monster-collector formula, and I don’t know of any WoW players who didn’t sink an embarrassing amount of time into obtaining their favorite critters.

While there are far, far too many battle pets to ever make a case-closed list of “The 5 Best No Matter What”, I did want to make a quick video/article covering five that I’ve found particularly useful in all-around general cases, including roaming the world or catching other pets, not just pure combat. This list also contains two types of pets: the ideal best-case scenario pet who may be extremely difficult or expensive to obtain, and the poor-man’s-version pet that’s easier to find and catch in the overworld without too much effort.

Without further ado, let’s start with #1! 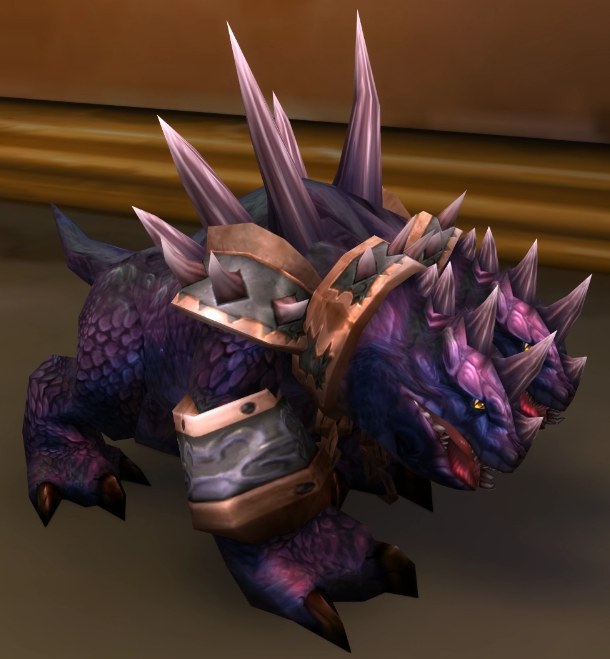 Chrominius is, in my opinion, possibly the most useful all-purpose combat pet in the game because of its ability to deal 1480 damage in a single turn with Surge of Power, provided you debuff your target with Howl immediately beforehand. This is quite frankly a disgusting amount of damage and can kill most pets in one hit without another thought.

But if instead you need a sustainability build; (perhaps you’re fighting a Magic-type or Legendary pet,) Chrominius also has access to two moves that can restore his own HP. Really his main downside is how difficult he is to obtain. Before I copped out and spent a fortune on the auction house, I’d been making do with… 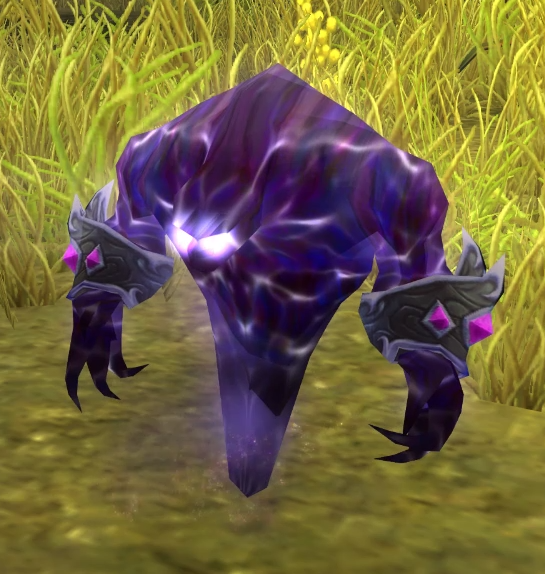 The Eldritch Manafiend is very similar to Chrominius in that it’s a Magic-damage dealer with the exact same high-damage attack, Surge of Power. His abilities in the other two slots, Arcane Blast and Soulrush, are also heavy hitters and let him cripple an average opponent in relatively few turns.

The main difference is that he has no HP-recovering moves, making him a lot squishier. Instead his alternate moveset specializes in dealing splash damage to all three pets on the enemy team, which is honestly a great playstyle in its own right. Eldritch Manafiends spawn at night in the Ley-Ruins of Zarkhenar in Azshara and as a bonus are always Rare-quality. 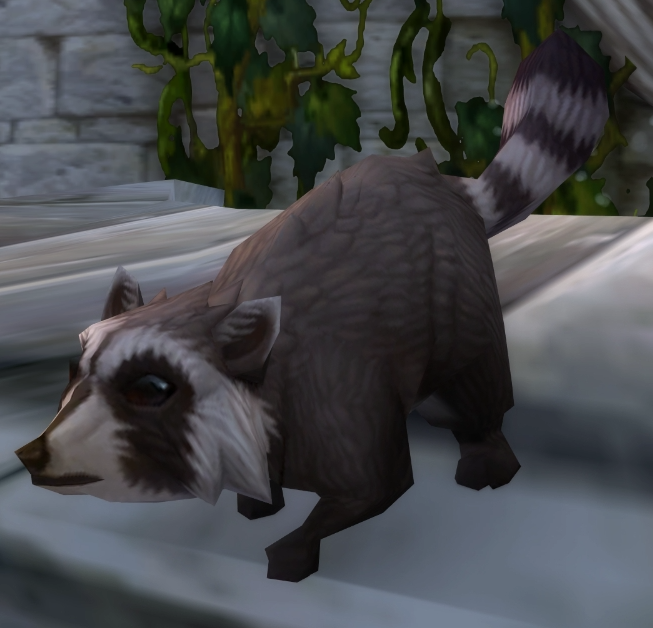 #3 is the various raccoon pets, all of whom have the same stats and movesets. They’re found in a ton of different places on Panderia and easily obtainable, and they made this list exclusively for their amazing speed. Not only are they pretty fast by default, their signature move, Powerball, increases their speed by 20% and stacks with itself, meaning you’ll very quickly be able to outspeed any pet in the game. This combos well with Tongue Lash and Survival, both of which are more useful when the user goes first.

The raccoons may not be the heaviest hitters, but against speedy enemies they’ll be your best bet for whittling them down with sheer volume of attacks. 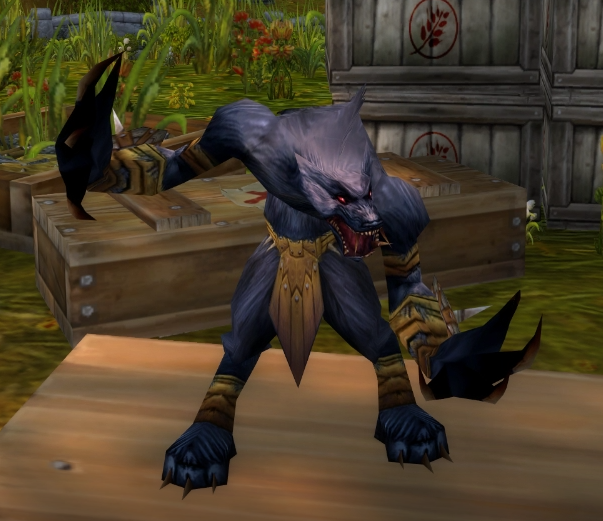 #4 is the Lil Bad Wolf, my personal favorite pet in the game. The Lil Bad Wolf is another all-purpose combat pet who has moves for most situations. Counterstrike deals additional damage if the enemy goes first, Pounce deals more damage if you go first, Dodge lets you avoid any attack that telegraphs itself with setup time, and finally the wolf’s Humanoid typing causes it to regenerate HP every round it deals damage.

This is just in general a solid sustainable fighter who can get the job done in any situation. He’s also likely the best Critter-killer in the game, thanks to his Humanoid typing and Beast-type damage, which makes him great for murdering the critters that often spawn with whatever pet you’re hoping to capture. Like Chrominius, however, the Lil Bad Wolf is not going to be easy to obtain, which is why I encourage you to check out: 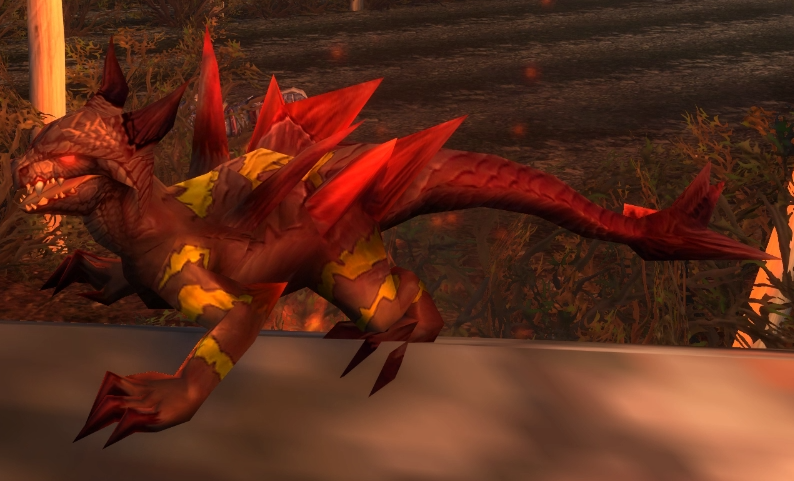 The various Lizard pets have a couple frequently-appearing moves that make them almost-as-great scrappy fighters for general situations. I used an Ash Lizard in the early days before catching a rare-quality Parched Lizard in Gorgorek’s Fall. Like the Lil Bad Wolf, lizards have a very straightforward anti-Critter build, mainly Claw, Ravage, and Screech. But lizards are also useful against any enemy, albeit with a unique, more sacrificial playstyle, in that they can get a lot done even as their opponents whittle them down.

Against non-Critters the core move is Comeback, which deals more damage if you have less health than your target. Screech will lower their speed for 4 turns, helping you keep getting those hits in, and alternately Quick Attack always goes first, ensuring you can deal damage on any turn even if nothing is in your favor. It may sound like there isn’t a lot of synergy in their abilities, but instead there’s a versatility in that lizards can almost always do something to get that bonus damage or setup your next pet for success.

But if you REALLY want to set your next pet up for success, look no further than: 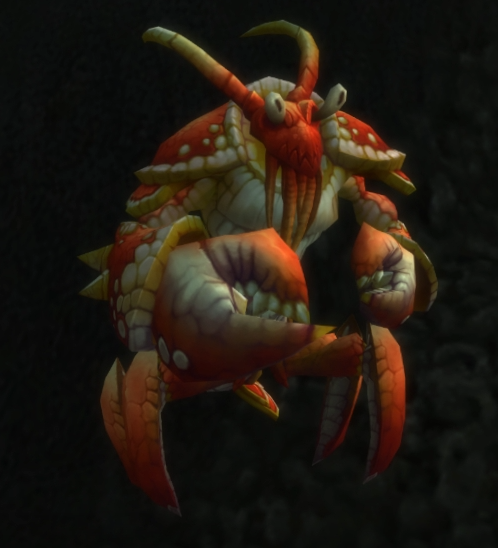 The Magical Crawdad is the best support pet in the game, bar none. Its healing abilities are unmatched by any other pet, and IMO it’s the single most useful pet you could own in the game. Its power comes from how easily it can heal your other pets; Renewing Mists will heal your active pet for the next 3 turns, and Wish is a percentage-based heal, making it super strong even if your target is dangerously low on hitpoints.

If you don’t want to swap targets, the Magical Crawdad can also just keep healing itself, relying on its gargantuan healthpool to whittle the opponent down with Surge, which always goes first and make it tough for them to block. The Magical Crawdad is another infamously-difficult pet to obtain, and unfortunately there is no easy-to-obtain equivalent. You really should just buy one on the auction house. It’s worth it, trust me.