Breaking News: Yesterday the devs revealed that FF14 is raising the free trial’s level cap from 35 to 60, as well as adding the whole base game, the Heavensward DLC, and all related races, classes, and content permanently free to play. This is the best opportunity to try this game out if you’re on the fence!

Two months ago my boyfriend asked if I’d be interested in trying Final Fantasy 14. The coronavirus had completely zapped all semblances of a social life outside the confines of our apartment, and the rest of our local friend circle had already subscribed just so we could hang out like we used to, only with more catgirls and monsters involved. I’d been dragging my feet on joining them, mainly because every iota of research on FF14 was giving me the same sinking feeling: 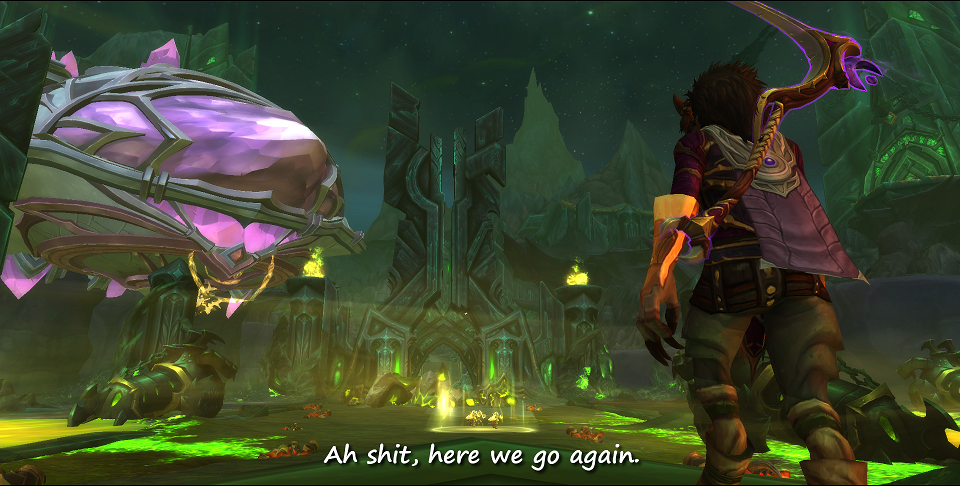 I’d already given embarrassing amounts of free time to a theme-park MMO back in the day, and I’m still not sure if I’m happy to have wasted so much of my life in World of Warcraft. By all metrics, FF14 was an extremely similar game to WoW, and I wasn’t sure why I’d want to go through the same painful early-game just to reach the “fun part” when there wasn’t even a druid class to main. I also wasn’t pleased with how the starting classes all looked like humans with different ears. And then I wasn’t pleased with the animesque artstyle, or how the racial starting stats are pointless, or how the game pigeonholes you into a generic “adventurer” backstory.

If it isn’t clear yet, I went into Final Fantasy 14 with a serious chip on my shoulder, ready and hoping to hate it so I could uninstall and never trust an MMORPG again. 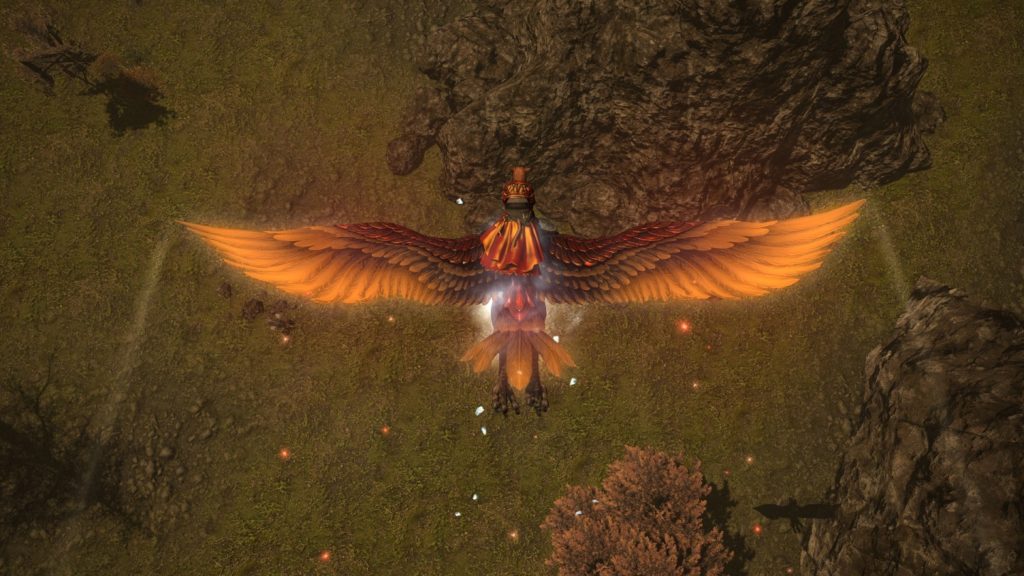 Just like WoW once stole the crown from EverQuest by making massive quality-of-life improvements to a tried-and-true formula, FFXIV has clearly done its homework when analyzing just what made WoW so popular, and what a brand new MMO could do better if built from the ground up. There are so many decisions that made me think “Jeez, if only they did this in WoW…” Decisions that made life better not just for the players, but the developers and the community content creators. So many win-win-wins all around. 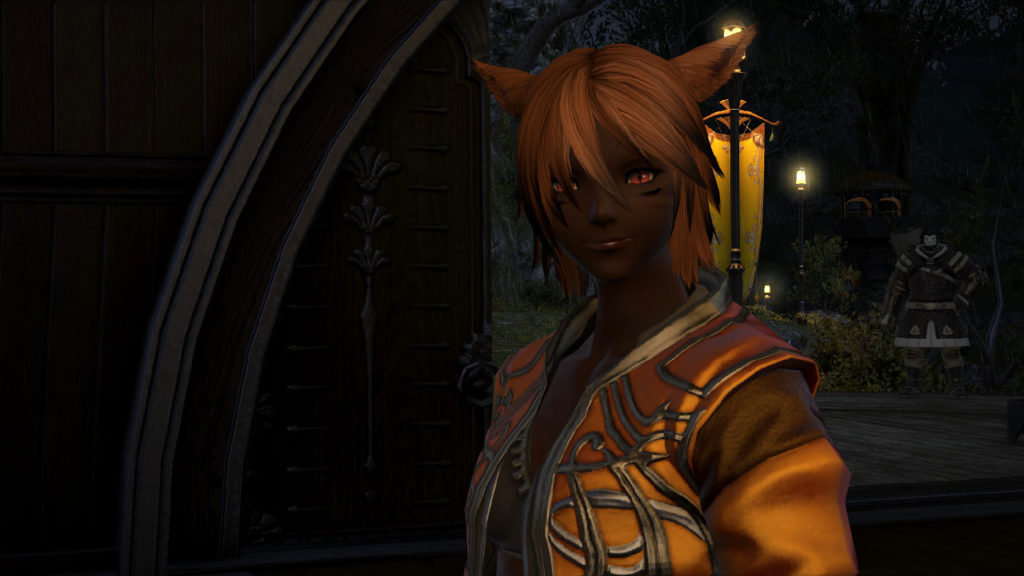 I began my adventure as a coastal catgirl named K’lyshna M’tata. (I’d attempted to follow the in-universe naming conventions, but later learned you’re supposed to only have an apostrophe in the first name. The way I wrote it means she has two moms. Nothing wrong with that I guess?) The character customization system puts WoW’s to shame, though Blizzard is trying to even the playing field a bit with some more options in the upcoming Shadowlands expansion.

K’lyshna started out as an arcanist, a book-wielding class that can summon minions to defend, attack or (eventually) heal on her behalf. It’s a great starting class because your buddy keeps you alive as you learn the early game, plus (at higher levels) arcanists can queue into DPS or Healer roles in Group Finder activities, which is a wonderful flexibility nobody else gets. After I hit max level (really fast; make sure you create your character on a server with ‘preferred’ status, it will earn you millions and millions of free XP in the long run) I swapped over to Monk so I could try melee DPS. There’s nothing more satisfying than bludgeoning an entire dungeon’s worth of monsters to death with your bare hands.

After that I dabbled in Gunbreaker, since my only team role missing by that point was Tank. I did this all on the same character, which is the first massive reason this game is better than WoW:

1. You can level up every class in the game on the same character!

There are no limits whatsoever. Everything the game offers can be done on a single hero; you simply swap your equipped weapon to instantly switch to the appropriate class. This is so much more pleasant than a standard character-class system where you need to level dozens of different characters to experience the full game, especially when it comes to organizing dungeon runs with your friends. If you feel like tanking today, no problem! Healing? Sure! It keeps the gameplay from getting stale, plus it allows the game to be extremely generous with XP because they know there are dozens of classes you’re gonna need to level up.

As mentioned before, in only two months I’ve already maxed out 3½ different classes, which feels so much nicer than the usual IV Drip of leveling up that normal MMORPGs need to do. And this isn’t the only design choice that was clearly focused on giving players quick access to as much content as possible. My second-favorite game mechanic in FFXIV is right up the same alley:

Everything in the game—from dungeons to raids to random challenges called “Fates” that popup randomly in the overworld—has a narrow range of levels the developers intended the player to be when they fight it. If you ever queue into something that’s too low for your level, the game automatically adjusts you down so you’re in the upper bound of that range. For example, if my max-level monk queued into a level 35-40 dungeon, K’lyshna will enter the dungeon as a level 40, with only the abilities I’d unlocked up to level 40.

This is huge for replayability and a massive boon on the various LFG roulettes. Every WoW player can remember having to run the same 6-8 level-appropriate dungeons over and over until you reach a new level breakpoint… only to now do it again with a fresh set. Or finding old world regions you completely missed on your first playthrough, and are now hopelessly over-leveled to experience properly. Neither of these happen in FFXIV; you’ll constantly be experiencing a wide variety of balanced content, and the frequent low-level forays are good opportunities to practice the core concepts of your current class. It means everyone’s queue times are always low and content never goes completely out of date. Brilliant decision by the game designers.

But what about when playing solo? While questing in the overworld, tracking down monsters for your Hunting Log, or anything that doesn’t involve other players, some of the classes (especially the healers) can feel underpowered. My monk, for example, is very squishy, and without a healer I had some real trouble staying alive in the field. Until I discovered a side-quest that rewarded me with my third-favorite design choice in the game: 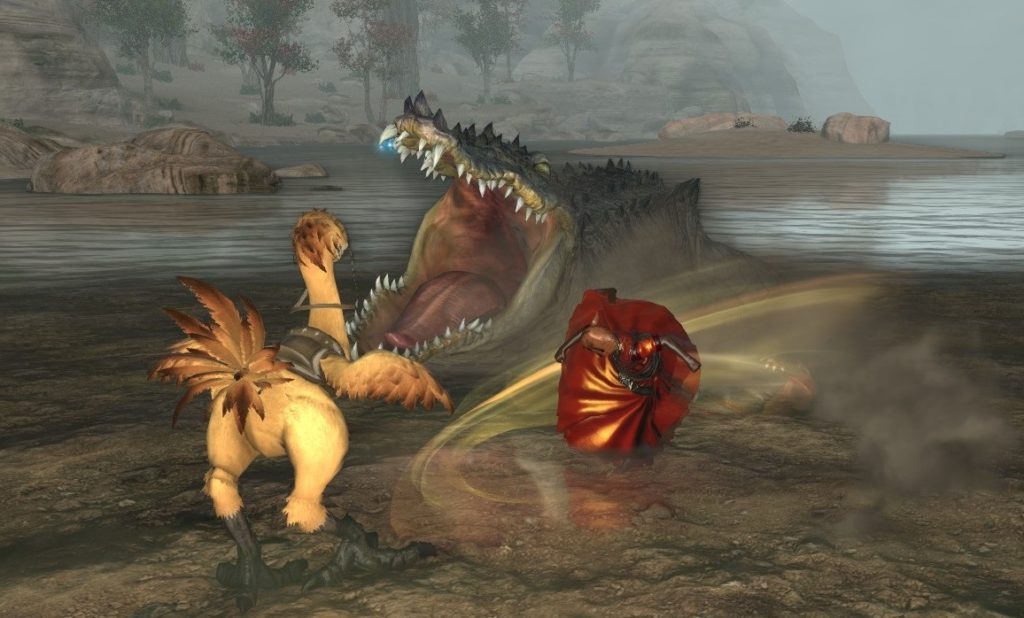 In true Final Fantasy fashion, every player can unlock a riding bird at level 20 that will happily follow you to the ends of Eorzea. (This is another reason I recommend arcanist as a starting class, the minions are like a mini-chocobo keeping you alive until you get the real deal.) Your chocobo earns its own XP and has its own skill trees that let it spec out into Tank, Healer, or DPS stances. And just like you, it can swap between these stances at will, filling the hole left by your lack of teammates. Tanks and DPS have a healer watching their back, healers have a DPS they can support while the bird tears your enemies to ribbons.

And when not in combat, your chocobo acts as a riding mount so you can quickly get from place to place. At level 52, a different side-quest even unlocks your chocobo’s ability to fly!

I’d never played a Final Fantasy game before, so I have no idea how far FFXIV strays from the formula. But its origins as a single-player franchise certainly appear to have served the game well; it meant the developers looked critically at the MMORPG model and only adopted the ideas and concepts that would improve the player experience. It’s no accident that many WoW players are abandoning Azeroth for greener pastures; FFXIV is just a better experience all around. And considering the free trial has no expiration date and starting August 11 will let you level all the way to 60, you’ll be unlocking literally hundreds of hours of content even if you never go premium. Like SilverWolf and Ronade before me, I’ve ultimately been seduced by Final Fantasy XIV, and highly recommend it to anyone who wants to try an MMORPG that prioritizes the player experience.