Part of me feels unsure about writing an article on Portal Stories: Mel, because it’s the sort of game that’s best played by leaping in without knowing anything beforehand. That was how I did it, and I’m very glad I didn’t perform my usual pre-game research. Not because there are twists or spoilers or anything, this isn’t Doki Doki Literature Club or Undertale. The game is very straightforward, but the player character has no idea what she’s gotten herself into, and ideally you should be in a similar state if you give the game a try.

The Portal series will always hold a special place in my heart. Portal was my very first Steam game (I created my account specifically to get it free during the May 2010 giveaway) and Portal 2 was the first title I ever bought on launch day for the full $60. Both are amazing, and even then we all kinda knew we were never going to get a Portal 3. Not only did the Portal 2 storyline wrap itself up very decidedly, but the series already felt like it had done everything there was to do with the puzzle set pieces that formed the core of its gameplay. Could there really be more ways for a Portal game to combine boxes, lasers, gels, and big red pressure buttons to create new challenges to overcome?

Portal: Mel’s Story answers that question with a resounding yes, and probably my only caveat is that you absolutely shouldn’t play it unless you’ve beaten Portal 2, as it assumes you’ll already be familiar with most of the mechanics that you’ll need to progress through the various test chambers. The very first puzzle uses a momentum-building-double-portal-jump that any seasoned Portal player can do in their sleep, but newcomers to the franchise will find very little hand-holding as advanced environmental set pieces appear very quickly to mix up the gameplay. Yet considering this is a free fanmade mod, the devs are making the right call by playing to their audience; anyone who installs this game is likely looking for more challenging portal puzzles to slake their thirst, and that’s exactly what they’re going to get. 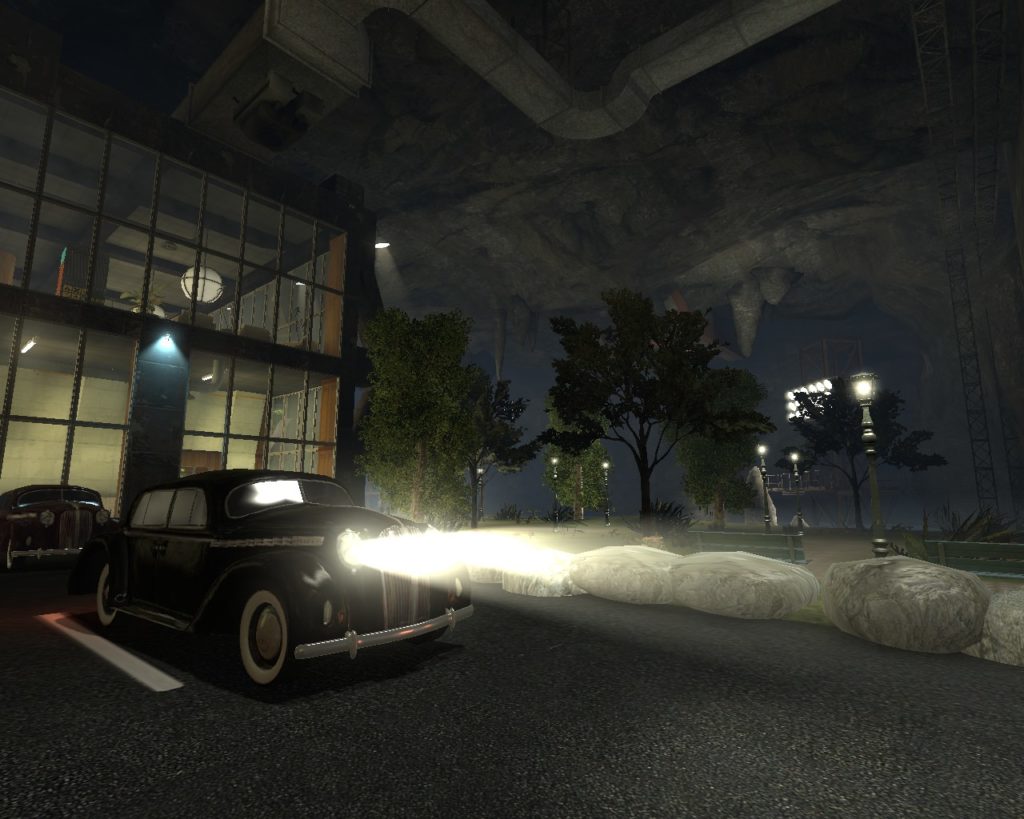 But what they may not have expected is some of the most exciting and beautiful environments I’ve ever seen in a Portal mod. Mel’s Story branches off literally immediately from the stainless white test chambers that are endemic to the franchise, giving you plenty of time to explore dozens of fascinating locales without ever losing that Aperture Science aesthetic. The game takes great pains to remain faithful to the Portal lore while also exploring the facets of the universe that were only touched on in canon games, and I’m likely not the only player who’s happy to consider this an unofficial Portal 3. The franchise is richer for having it.

The voice acting is top-notch; I don’t know who they got to voice Cave Johnson, but he was indistinguishable in both voice and attitude from the real deal. I was slightly less enthused with the other character you spend most of the game listening to—Virgil the personality core who guides you through the entirety of the game—but only because he was very heavily modeled off of Wheatley. I get that it was basically mandatory for Virgil to fill an identical narrative function, but the developers could have gone for at least a little bit of a different personality.

The puzzles weren’t quite as well-playtested as Valve’s, which occasionally led to me solving them via unconventional means, usually involving misuse of physics objects. My main complaint would probably be that there are a few cases where mechanics did not universally follow the predetermined rules. Fire or flooded floor tiles, for example, were sometimes lethal and sometimes just for flavor. In the overgrown sections, scattered plant debris would sometimes block puddles of gel, and sometimes they wouldn’t. One particular puzzle room hinged on the fact that the Cube Dispenser automatically summoned a new cube when the previous gets destroyed, but I never realized this because earlier Dispensers hadn’t always done that. After spending almost an hour convinced the puzzle was unsolvable, I ended up completing it in desperation through abusing how the Excursion Funnels handle gravity, and felt so frustrated when I checked a walkthrough after the fact and learned how simple the puzzle should have been had I known all the proper information.

But these are the lightest of criticisms, and the proper solutions are always findable if you experiment long enough with the tools you’re given. The fact that my critiques are treating it like a full-fledged game from a real studio should indicate just how staggeringly high the quality of this fan game is. It calls to mind the sort of stuff we got back in the golden era of modding, and is a highly-recommended experience worthy of the Portal brand.