Hey all! As described a while back, Medic has left me in charge of the Daily SPUF for a while, which is why you’ve been seeing more articles from me than usual. Last time this happened, I did a “retrospective week” where I discussed old games that weren’t really in the public conscience anymore. This week, I want to do something similar, but with a focus on my personal favorite video game setting: dark and spooky forests.

I am a total sucker for dark and spooky forests. Perhaps it was due to growing up in the city, when my dad would take me on backpacking trips into the Sierras, but I’ve always mentally associated the forest as a place filled with both excitement and danger. Game developers are often in agreement, and more than happy to fill games with forest maps for any and all reasons. (I’m sure it helps that they basically have to repeatedly copy-paste a handful of trees and blammo, new map).

Forests are incredibly aesthetic, and the dense treescape could hide all sorts of dangers, so I doubt I’ll be running out of virtual forests to get murdered in any time soon. For this opening article, I wanted to discuss some free games containing dark and spooky forests that you should go play if you like them as much as me! 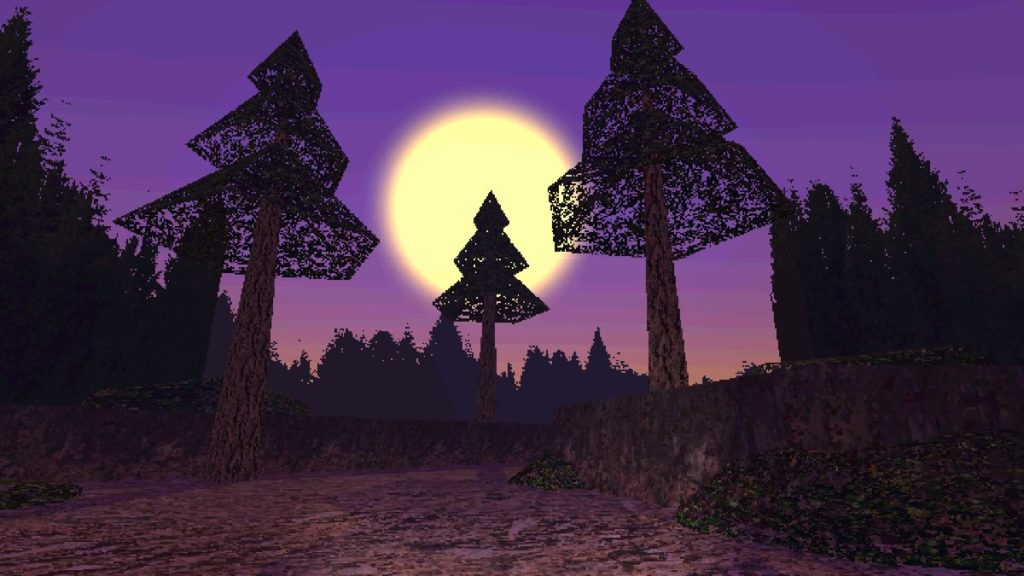 Sirenhead was a short submmission to a 2018 “PS1 graphics” gamejam, and I don’t think the developers expected it to take the creepypasta world by storm to the degree that it did. You play as a ranger entering a national park after hours in search of a missing hiker, and while I think most everyone knows the twist by now, (heck, the game’s title isn’t even particularly subtle) I won’t go into much more detail. Suffice to say, for a 5-minute gameplay experience, this short game is packed with atmosphere and contains some of the creepiest sound design I’ve found in a free download. Everyone should try this game, you could be done with it in the time it takes to read the rest of this article! 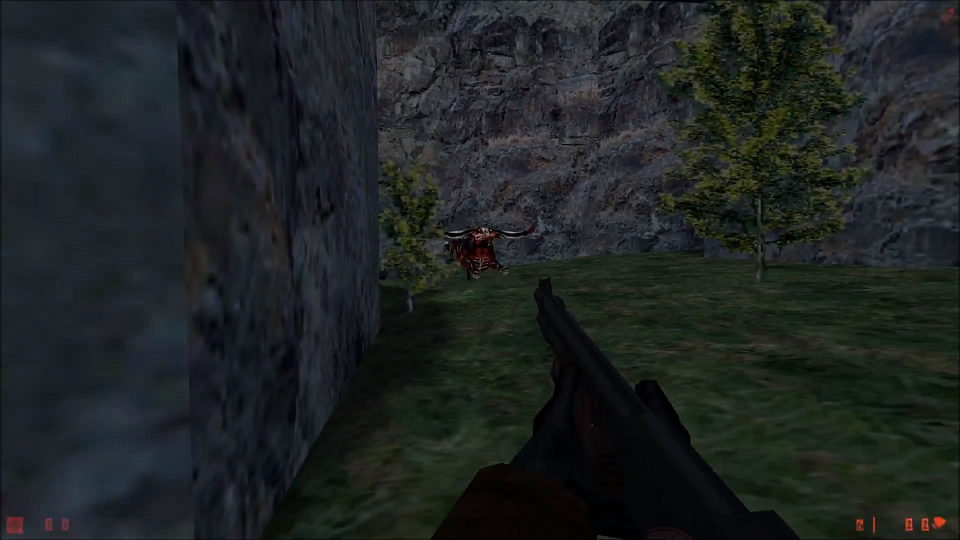 I’ve mentioned They Hunger in several articles on the Daily SPUF already, and it topped my list of favorite Half-Life mods in this video, so it’s no secret that it’s my favorite Half-Life mod of all time. Starring a writer surviving the zombie apocalypse in a lonely countryside town, They Hunger does for George Romero-style zombie horror what the original Half Life did for laboratory-catastrophe horror. The maps are long, scenic, and chock full of different locales to navigate, and the weapon selection is expansive and even contains several weapon types that weren’t in the original Half-Life, like a sniper rifle and flamethrower. Just like Half-Life, you can play They Hunger for free by installing Sven Coop and following this guide.

Lost in a Forest 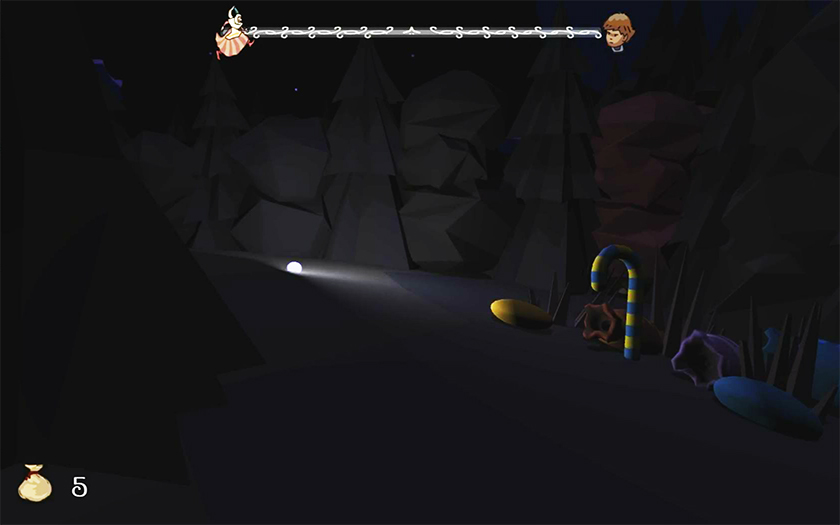 Here’s another fun little game on itch.io that doesn’t overstay its welcome. Lost in a Forest puts you in the role of Hansel from the classic fairytale, attempting to navigate a mazelike forest of candy and rescue your sister Gretel from the evil witch. Your only form of navigation is a handful of glowing rocks you can leave on the ground to guide your path, but you better place them carefully as you will have limited time to escape once you’ve rescued your sister! I was very impressed by this little game, especially because the forest changes its layout every time you play. 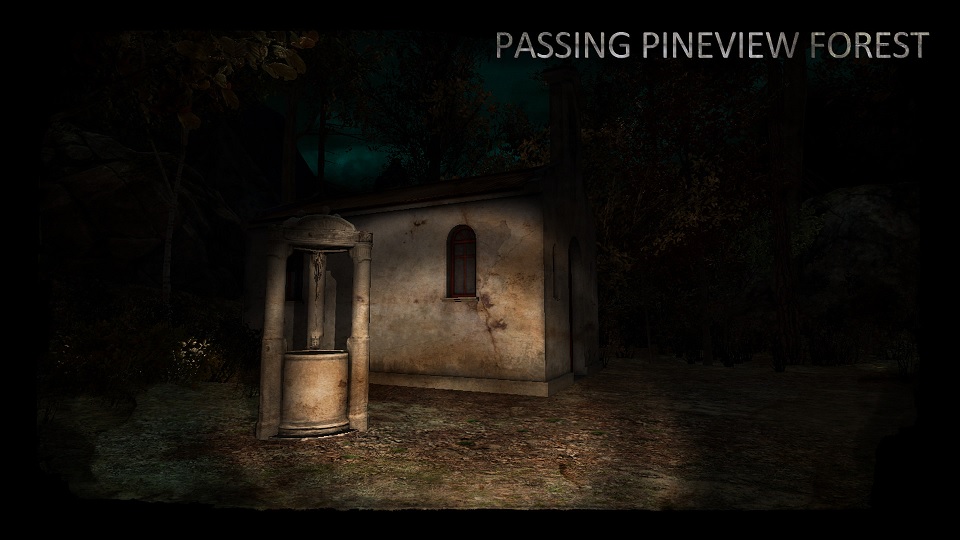 Last but not least (actually, it is admittedly my least favorite of these four) is a free game on Steam that also can be completed in a few minutes. You play as someone who foolishly entered a haunted forest, and a voice warns you to march right through without looking at anything. If you do that, well, you’ll win easily but you won’t get to see any of the interesting bits of the map. This gives the game a form of “replayability”, but only because you’ll get murdered by the spookiness if you explore too much. On the plus side, it’s a great atmospheric experience with a particular emphasis on audio that I enjoy. And fans of dark spooky forests will certainly get their money’s worth.

And that’s all for now! Future articles will be focused on one (or two related) titles, games from my past that I have something to say about, with the only requirement being at least one dark spooky forest in it. Happy Halloween everyone!