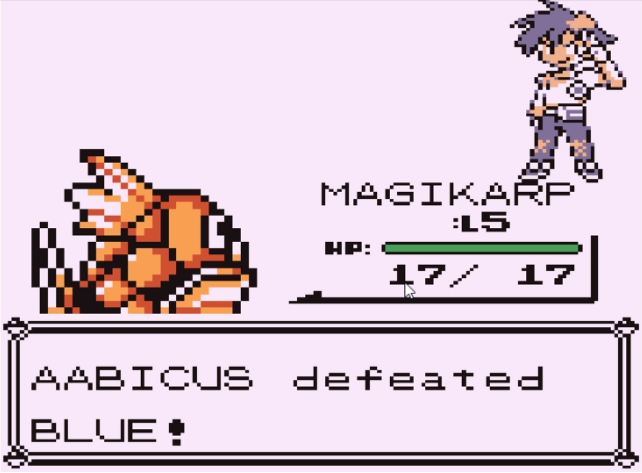 My journey with Magikarp began as most Pokemon adventures do; beating the pants off my rival. See, the best part of this run was always going to be the early game; since Magikarp’s only damage-dealing move, Dragon Rage, deals a fixed 40 damage, and nothing is going to have that much health for at least the first third of the game, I could sucker-punch anything I liked. Or at least I thought… 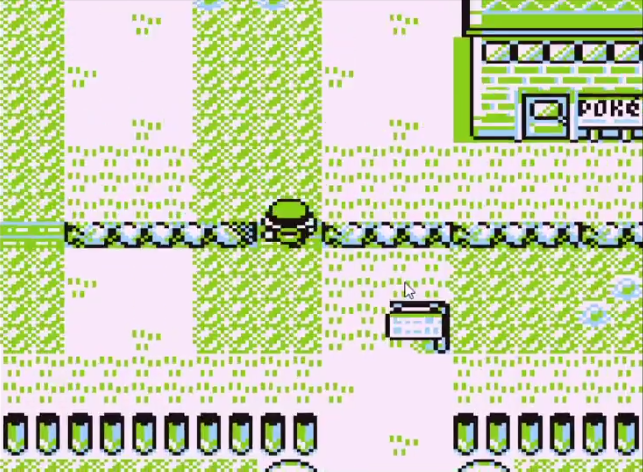 The tutorial content went easily enough: visiting Viridian City, returning a parcel to Professor Oak, and reaching Viridian Forest. And while the poor Caterpie, Kakuna, and Metapod were just as easy to one-shot as expected, I quickly encountered an unexpected complication that ended my honeymoon phase before it had barely begun: 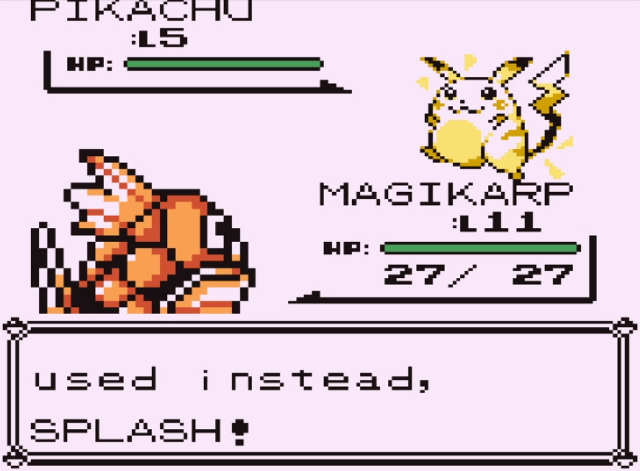 While fighting a Pikachu (of course this happens against the only legitimate threat), my Magikarp disobeyed me and would only use Splash! I had completely forgotten about the disobedience mechanic, something that would prove to be one of the toughest elements to handle in the run. Since Magikarp is an event Pokemon, he won’t obey me if he levels too high. And I hadn’t realized just how oppressive that limitation would become for this run; until I beat Misty, Magikarp would grow increasingly disobedient the more he leveled. I quickly changed my strategy from “punch everyone’s lights out” to “fight only the absolute minimum.” I needed to keep my XP as low as possible until I owned all eight gym badges, when the obedience mechanic disappears. 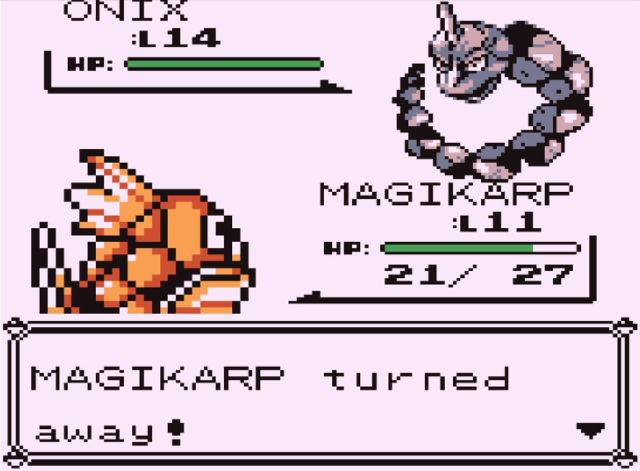 Luckily, University Magikarp was hand-crafted for a minimum-battles run. His only good stat (Speed) coupled with Dragon Rage one-shotting everything means he was more than a match for pokemon even vastly higher-level at this point in the game. Brock was a complete pushover, the main difficulty being getting my over-leveled Magikarp to actually take his turns properly. 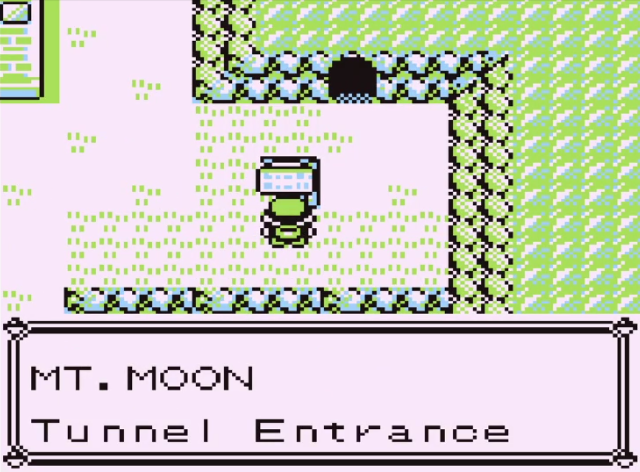 After clearing Pewter City (and skipping the Pokemon Museum, didn’t want to waste $50), I made my way to Mt. Moon. You can’t purchase Repels at this point in the game, but I wouldn’t have grabbed any even if I had the choice, as I was trying to spend money only when absolutely necessary. I anticipated Magikarp will need a ton of first-aid items when I finally fought the Elite Four, and Gen1 is the most infamously stingy era of mainstream Pokemon games. Luckily Magikarp’s inflated level and above-average speed meant he could easily run away from the hordes of Zubats lying in wait. When forced to fight trainers, I had surprising luck choosing Splash just so Magikarp would “disobey me” and use Dragon Rage. 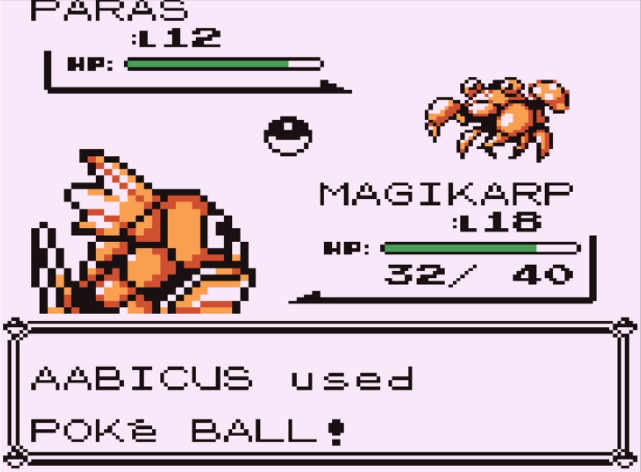 The second member of our party also joined us in Mt Moon; Zero the Paris! (HM Pokemon were all named after Twitch viewers). While Magikarp will forever be my only combat Pokemon, I’m still going to need HM slaves to perform field moves, and Paras could learn Cut and Dig. 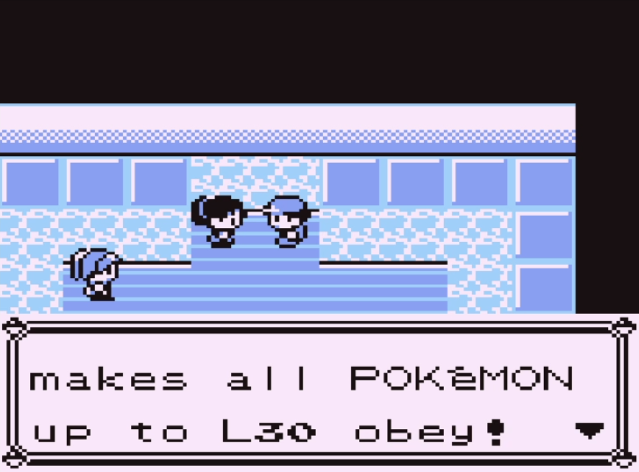 Mt Moon had a depressing amount of mandatory trainers, meaning that I was still dangerously over-leveled by the time I finally limped into Cerulean City to challenge Misty for the second gym badge. I had to restart this fight many times for two reasons: Magikarp was now disobeying roughly 80% of his attacks, and also Misty’s weakest Pokemon, Staryu, had an infuriating 41 health, meaning both Pokemon took two Dragon Rages to kill. But I could rest easy after the stars aligned, as the Cascade Badge increased my obedience level to 30, giving me some wiggle room before Magikarp would start loafing around again. 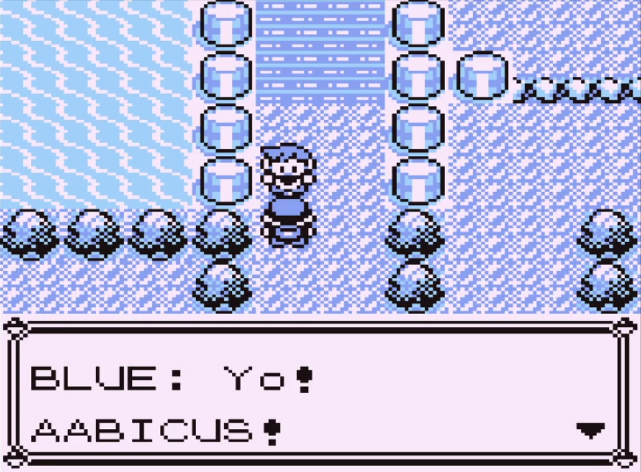 Before I left town, I caught Angel the Spearow (who will one day learn Fly) and fought the rival one more time. He’s not too tough at this stage, but it was still cathartic to wield a Magikarp who actually listened to me. After this, Magikarp beat Nugget Bridge (so much unneeded XP…), we rescued Bill, and then headed down Route 5-6 to reach Vermillion City. 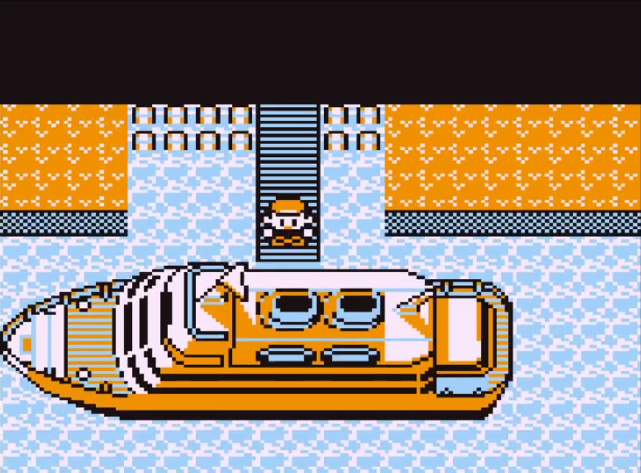 I let a depressing amount of free loot pass by uncollected in the SS Anne, especially since I won’t be able to return here to grab it later. I was more scared of the sailors and passengers guarding that loot, as I was dangerously close to hitting 30 and hoped to stay under that level before fighting Lt. Surge. (The only exceptions I made were for a Max Ether and a Rare Candy, both of which were valuable and limited end-game resources). 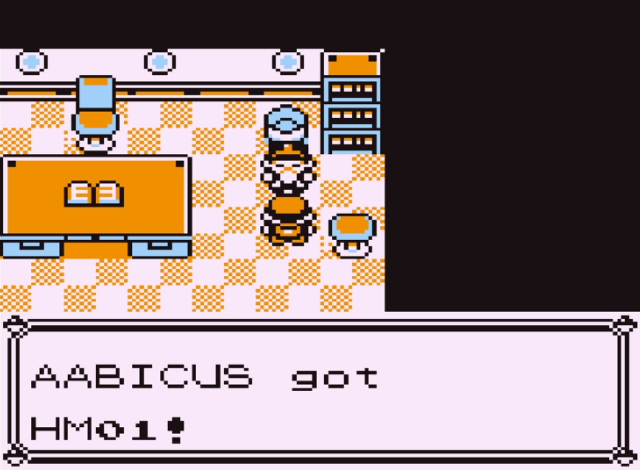 My rival was, once again, a pushover since Magikarp was still obeying me. The captain was far more gracious, gifting me Cut and finally granting me the means to bypass the tree blocking me from Lt. Surge’s gym. I spent a while deciding if I actually wanted to fight Lt. Surge at this point; technically there were other gyms I could go fight if I wanted, as Gen1 predates the linear railroading of later generations. But with Magikarp so close to 30, I suspected this was my only chance to defeat him before having to worry about disobedience. As an Electric-type gym, the odds were already stacked against my hapless fish. 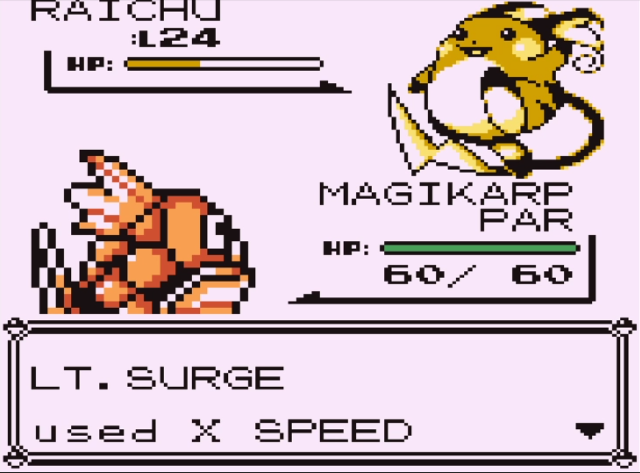 But to my surprise, it actually went smoother than expected when I finally beat him. His Voltorb died using Supersonic to confuse my karp (a confusion which luckily never triggered), and Surge wasted turns applying X Speeds to his Pikachu and Raichu, letting me two-shot them with Dragon Rage. It was a bittersweet victory, as Magikarp was now level 31 and back to blithely doing its own thing as I beg it to use Dragon Rage. (Luckily, the disobedience would never get as bad as it was, mostly due to the increasing numerical requirements for leveling-up preventing the disparity from ever getting too large.) 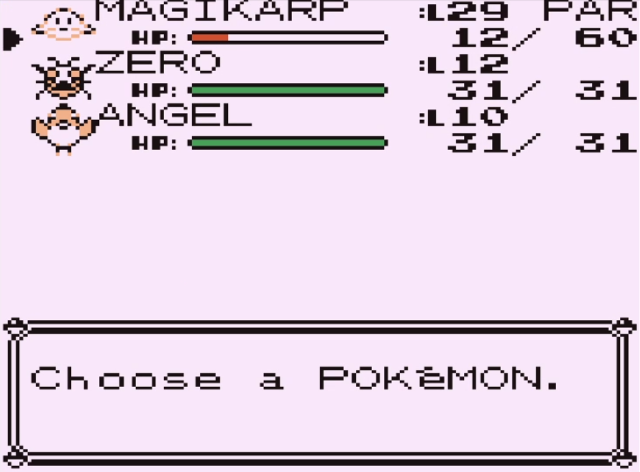 And that’s it for the early-game! With three Gym Badges and sights on Diglett Cave, the first trio of Magikarp’s intrepid crew will return in tomorrow’s article covering the mid-game challenges. See you then!