Once again, we rejoin our heroes in Vermillion City after having beaten Lt. Surge. Magikarp and his flunkies will soon be heading for Route 11 to Diglett Cave, but we need to do some housekeeping before setting out. 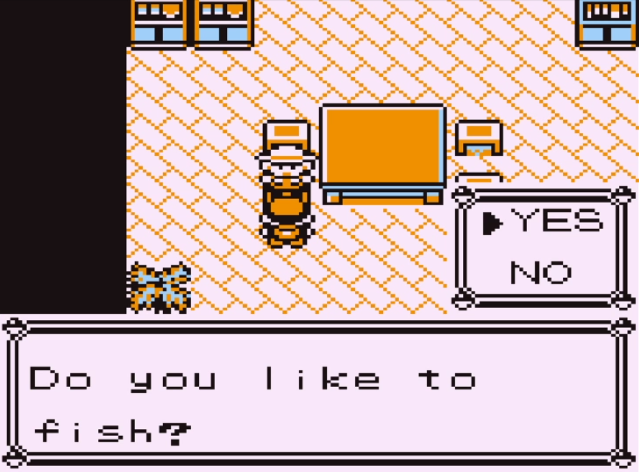 At the Pokemon Fan Club we listened to the chairman’s tale and received a Bike Voucher, then stopped by the Fishing Guru to collect an Old Rod. This is the only fishing pole we’re going to grab this run, since it spawns only toothless Magikarp and I wanted a reliable method for burning away my Splash PP in case I ever needed to set myself up to use Struggle in the field. At this stage in the game, Dragon Rage has only 10PP and quickly runs out of juice, leaving me unable to deal damage if I’m on a particularly long trek. 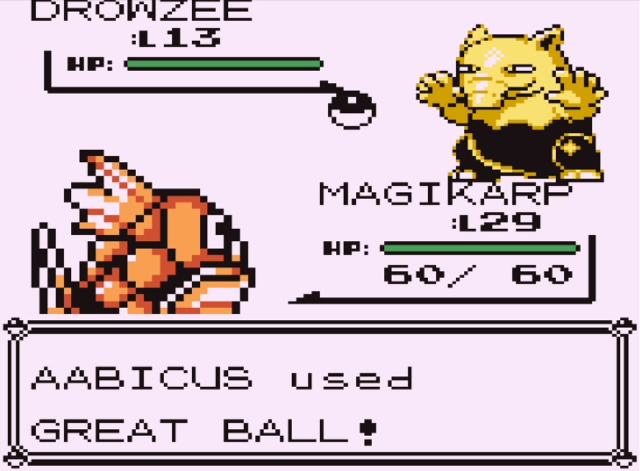 After briefly backtracking to Cerulean City to grab a bike, Magikarp took his first step into uncharted territory on Route 11…and almost immediately got ambushed by the newest member of our party, SirPat the Drowzee. Drowzee is the only wild Pokemon we can catch that learns Flash (other than the rare Clefairy in Mt Moon), which we’ll be using exactly once later in the game. 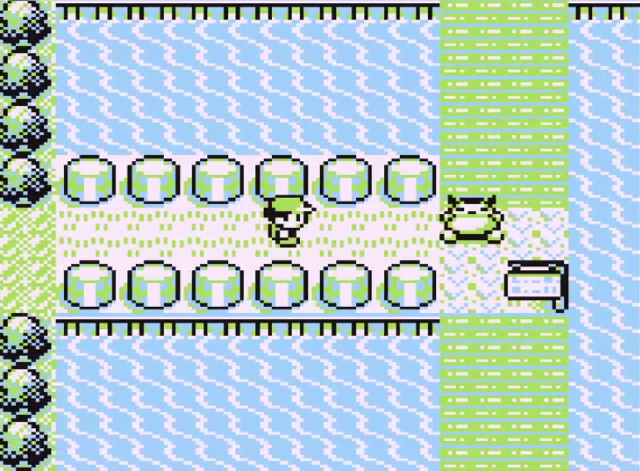 A Snorlax is blocking our progress at the end of Route 11, meaning its time to backtrack to Diglett Cave and emerge once again in Vermillion City. We’ll eventually need to head towards Cerulean City to reach Rock Tunnel, but we want SirPat to be able to light our way, so we catch 10 different Pokemon types so Professor Oak’s aide will give Flash to us. This forces me to break my miserly tendencies and purchase some balls from the local Pokemart. 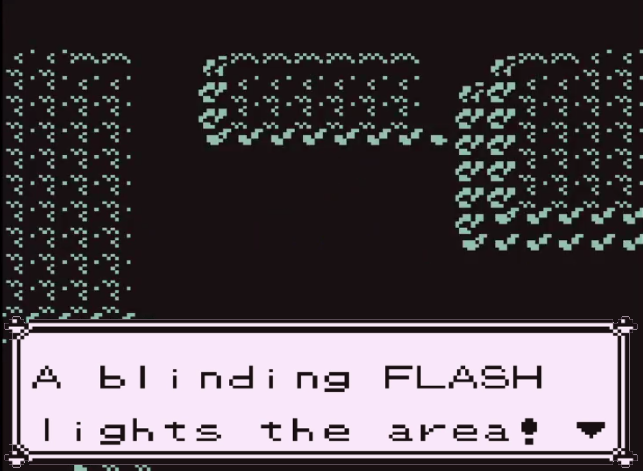 After heading through Mt Moon to get back to Cerulean City, we finally arrive at Rock Tunnel. SirPat does the only thing he’s going to do all stream, and Magikarp gets tons of practice avoiding trainers like his life depends on it. I swear Gen1 loved to cram its caves full of way more spelunkers than you’d expect. 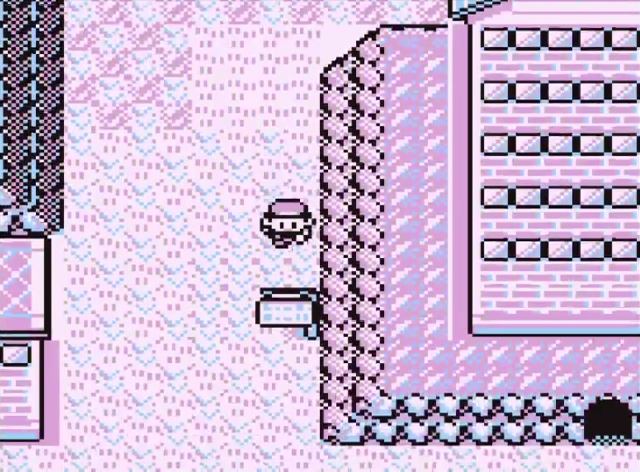 It took multiple trips to finally finish navigating Rock Tunnel, Dragon Rage would repeatedly run out of PP and force me to Dig back to the nearest PokeCenter. But after limping out of the exit, I grabbed a Max Ether from the nearby tree and took my first steps into Lavender Town. At the moment there’s not much to do here because we don’t have the Silph Scope, so we head west along Route 8 to Celadon City. 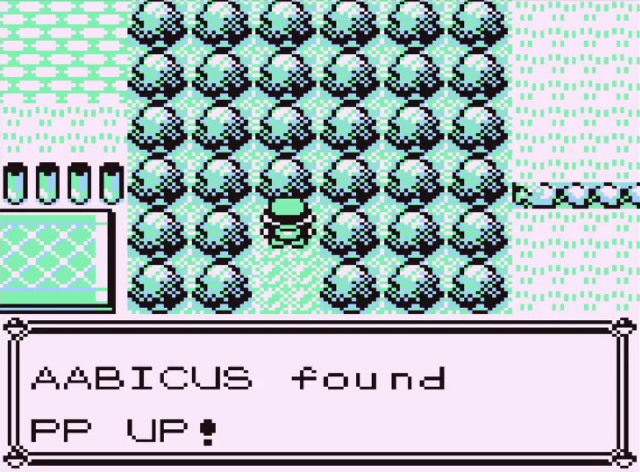 Celadon’s biggest claim to fame is the Department Store, the only place you can buy X items. I won’t be getting any yet, but they’re going to become very useful during our Elite Four run. We also finally uncovered our first PP Up, so Magikarp can use two more Dragon Rages before running dry. And we’re gonna need them, because coming up next is the hardest trainer in the entire run. 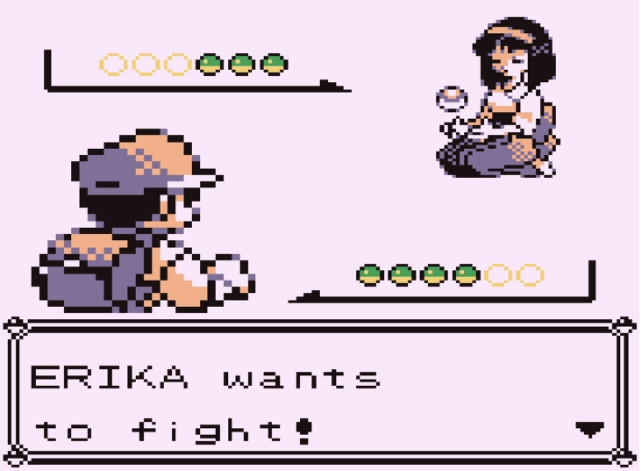 In hindsight, I absolutely should have purchased some X Specials and used them to begin the Erika fight. All of her Pokemon hit like a truck, and the worst part is that her signature move, Razor Leaf, crits like 98% of the time. In the end, I fought her at least two dozen times, and the winning run came when her opening Victreebel missed on Razor Leaf and Sleep Powder back-to-back, Tangela wasted its only turn on Constrict, and then Vileplume missed twice with Sleep Powder. It took forever to happen, but considering most of their moves kill me in one hit, it was pretty much the only avenue forward. 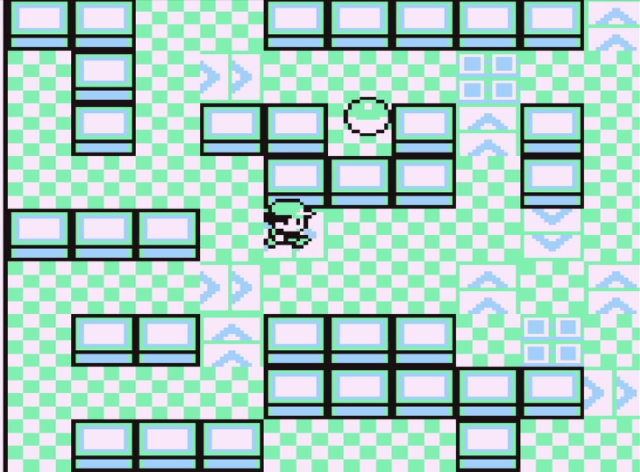 That was our 4th Gym Badge, now Magikarp will finally obey me again! And since the spread between levels 30-50 is a lot more lenient than 10-30, I can finally loosen up a bit and take more battles than needed to keep my power levels hale. Coming up next is the Rocket Game Corner, which I didn’t find particularly troublesome due to Magikarp actually following my commands in battle. Giovanni scampered off after I trounced him with a fish, leaving me with the Silph Scope we’d need to backtrack and clear Lavender Tower. 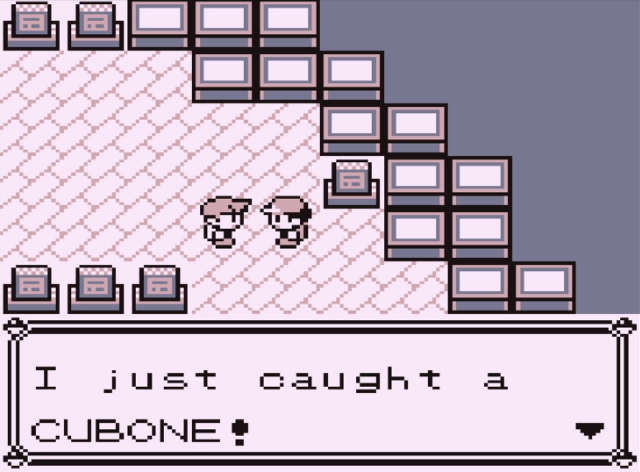 After buying a Lemonade from the Department Store (to bribe the route guards with), I returned to Lavender Town to defeat my rival for the 4th time. The Pokemon Tower is normally the part where Magikarp-only runs end, as they normally don’t have access to a move that can harm Ghost types. Luckily we have Dragon Rage, which solves that problem. 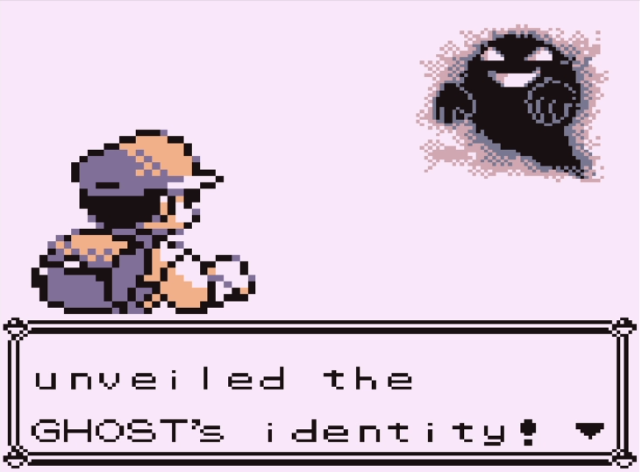 After defeating the ghostly Marowak and rescuing Mr. Fuji, he teleported us back to his house and gifted me the Poke Flute, meaning we can finally wake the Snorlaxes and reach Saffron City, which appeared to be overrun with Rockets that have taken Silph Co hostage. 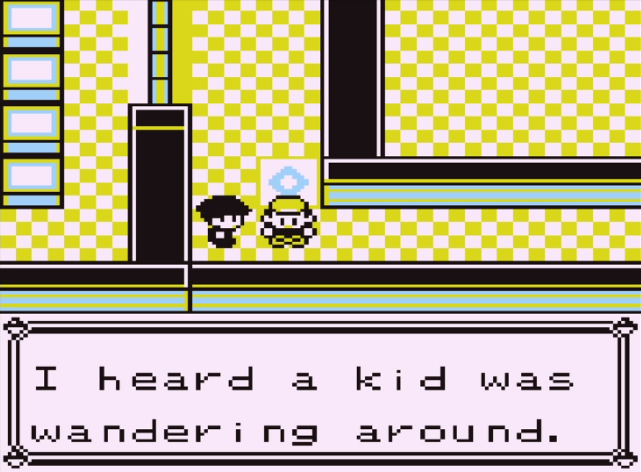 Well, we can’t have that. After sneaking my way past guards and obtaining the Card Key, I raided the labs to loot some valuable Ethers and rematched Giovanni to claim the powerful Master Ball. Giovanni was still a pushover, but the real boss of Silph Co was my rival Blue, finally showing his stripes and giving me a much harder fight than I anticipated. I almost backtracked to Celadon to grab some X items because the Exeggcute in particular was constantly Leech Seeding me, a serious issue in any single-Pokemon run. After a while I started resetting unless I could defeat Exeggcute without being seeded, and even then I only eventually won because Alakazam wasted two turns Disabling my Splash and Tackle. But I’ll take it, because we got Sabrina coming up next and we’re gonna need all the XP we can get. 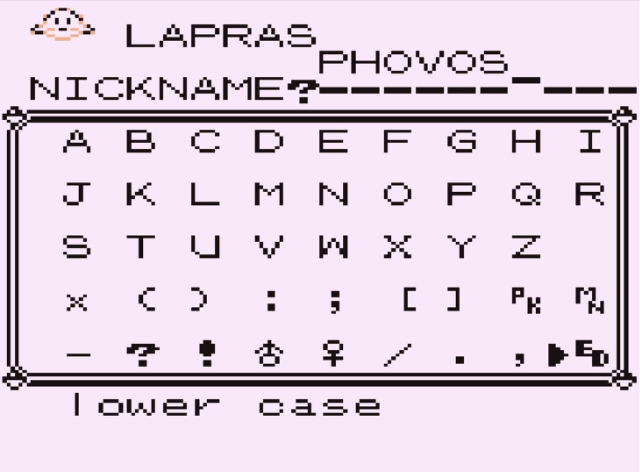 Out of gratitude for saving their company, one Silph employee gifted me the 5th member of our core team! Lapras is a fan favorite and I always use it in my normal playthroughs, thanks to being a tanky and heavy-hitting Ice-type. She’ll be equally useful here as Magikarp’s chauffeur due to learning Surf and Strength. 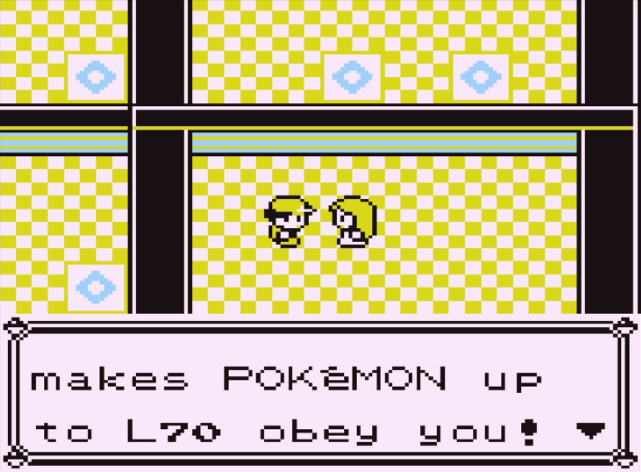 Magikarp, in contrast, is almost the polar opposite to Lapras when it comes to bulk, and nowhere will that be more evident than against Sabrina. Psychic is the heaviest-hitting Special-type in Gen1, and my poor Magikarp has a phenomenally-low Special stat, meaning everything she does hits extremely hard. The fight wasn’t as bad as the one against Erika, but it still required a fair amount of resetting to wait for her Pokemon to waste turns Recovering at full health or Disabling my Splash. 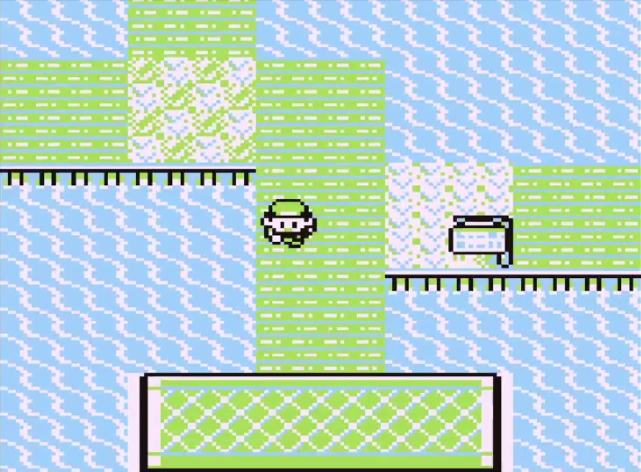 Now we can return to Lavender Town and head south, following the docks toward Fuchsia City. We’re wrapping up the mid-game here, and the new level cap of 70 means we can essentially forget about the Obedience mechanic and go to town on any hapless trainers who cross our path. In our next article, the final member of our team will be joining us, and Magikarp (or, technically, Phovos) will swim us courageously into the end-game. See you then in tomorrow’s article!