Last time our heroes wrapped up their business in Saffron City and are now beginning their hike down the docks from Lavender Town. The fights here aren’t too difficult, especially due to most of the enemy trainers being Fisherman with not-very-effective water-type moves.

The docks emerge into Route 13, where we navigate a maze-like series of fence posts funneling us into various fights more difficult than the sort we’ve faced up till now. This is the part of the game where we start encountering a lot more high-quality trainers, like Beauties, Cooltrainers and Bird Keepers. It’s also where we can find our second PP Up, giving us a few more Dragon Rages before we need to trek all the way back to Lavender Town to heal up. I’ve been rigidly avoiding using potions or other items whenever I can get away with it because Gen1 is so limited on money that I don’t want to spend any of my limited resources before reaching the Elite Four. Luckily, we’re soon going to unlock a new way of healing that’s free and doable anywhere in the field.

Route 13 leads to Route 14, which then leads to Route 15 (this is seriously one of the longest stretches in the game between cities), which ultimately translated to a ton of backtracking to Lavender Town for heals, repeatedly having to dodge all the trainers I avoided fighting so Magikarp doesn’t over-level into disobedience territory. But eventually my work pays off and I arrive at Fuchsia City in all its pink glory. 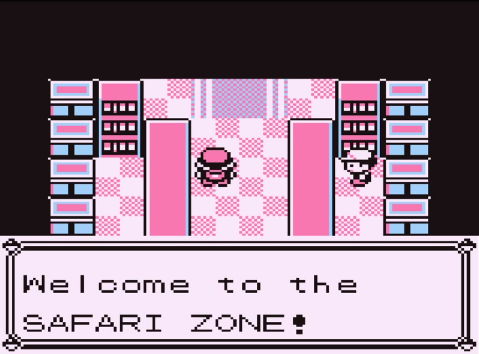 While we’re allowed to fight Koga as soon as we like, I chose to take a detour into the Safari Zone first. Not only are we going to complete some story requirements to receive Surf, we’re also going to catch the 6th and final member of our core team: 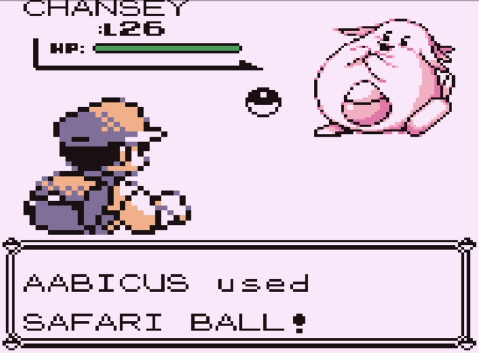 Unlike the other four HM slaves, Movbi the Chansey is not strictly necessary, but she can use Softboiled to heal a teammate for 1/5 of their total health up to five times. This is going to be amazing for keeping Magikarp topped off while grinding through routes, so it was more than worth the extensive time I spent searching the Safari Zone and trying fruitlessly to catch a Chansey. 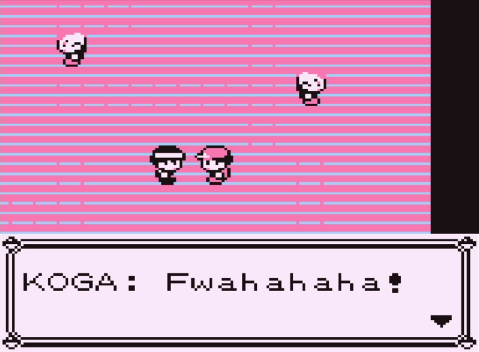 With that out of the way, we can return the Warden’s teeth, teach Phovos Surf (and Strength shortly thereafter) and move on to fight Koga. I honestly had a tougher time with the Jugglers and Tamers guarding Koga than the man himself, due to most of them using Psychic and Ground types. Magikarp also didn’t appreciate spending approximately 80% of fights poisoned. I suspect that’s the reason GameFreak placed the Fuchsia Pokecenter right next to the Gym.

Now that we have the Soul Badge, the game unlocks two different pathways; we could either head south into the game’s first water route, or east to backtrack up Cycling Road to Celadon City. I chose to return to Celadon, both to grab Softboiled from the man in the center of town, and to receive Fly from the recluse holed out in the upper half of Route 16. 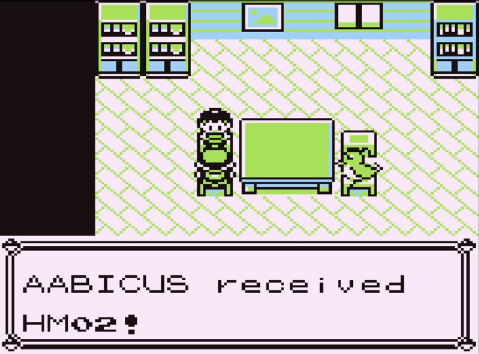 Now that we have Surf, we can also continue to Route 9 and visit the Power Plant. We’re not ready to handle Zapdos yet, so all we’ll be doing is collecting a Rare Candy and our third PP Up, finally making our Dragon Rage as powerful as it can be. 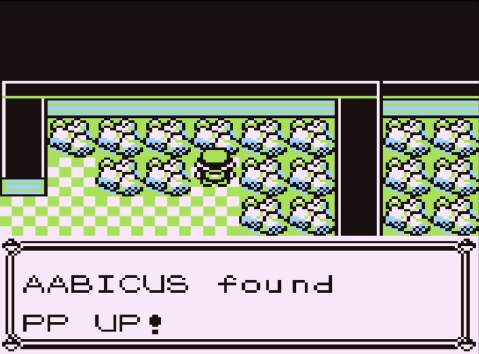 But these were only brief detours. Angel’s first flight took us right back to Fuchsia so we can hit the beach and surf down Route 19. Much like the docks, the swimmers used almost exclusively water pokemon, giving us the defensive advantage and helping us make great headway to the next dungeon in the storyline; the waterlogged Seafoam Islands. 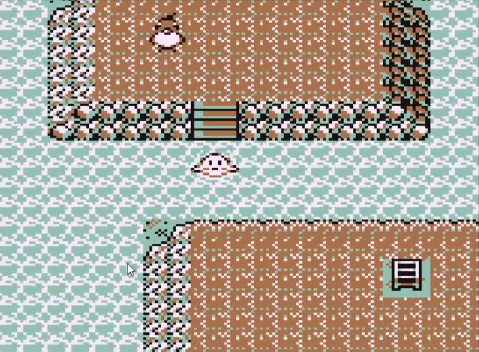 Seafoam Island is full of lengthy rock puzzles since the developers wanted you to appreciate your new Strength HM. Articuno is also hiding in there, but much like Zapdos we merely tipped our hat and continued past. I’m not going to worry about catching legendaries until after we’d discovered whether Magikarp could even beat the game. 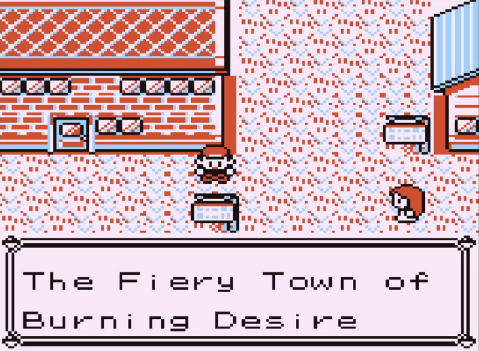 The Seafoam Islands spat us back out onto open ocean, which eventually led to Cinnibar Island. After healing up and learning the Gym is currently locked tight, our first stop is Pokemon Mansion, a run-down decrepit building chock full of burglars, secret passages, and rogue scientists doing suspicious things in the basement. The main thing we need is the Secret Key which will give us access to Blaine. 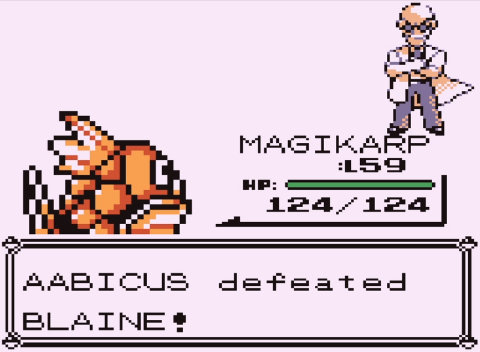 I knew Blaine was going to be easy, due to being a Fire-type specialist, but I had no clue just how easy. He literally didn’t even try to hit me; his Growlithe spammed Growl to cut my Attack, his Ponyta spammed Tail Whip to lower my Defense, his Rapidash spammed both, and then his Arcanine spammed Roar which does literally nothing. In normal runs, the lowered stats might hypothetically have posed a problem, except Dragon Rage doesn’t care about stats, it always deals 40 damage no matter what. 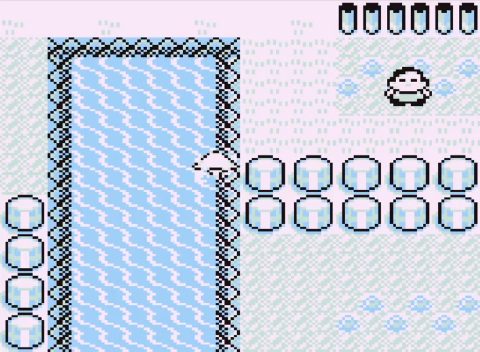 With our shiny new Volcano Badge, we leave Cinnabar and head for Route 21, the final aquatic route. After battling a few Swimmers and visiting a few barren islands, we finally emerge back into Pallet Town, where it all began. After resting up at Mom’s house and double-checking Professor Oak has nothing to give me (except disappointment at how barren my Pokedex is), I continue upwards to Viridian City, to clear the final Gym in the game.

Surprise! Giovanni is more than just a mob boss, he’s also the eighth Gym Leader and holder of the prestigious Earth Badge. While he certainly gave me more trouble than any other Giovanni fight, he also didn’t hold a candle to the difficult gym leaders in this game. While it was a nail-biter and I burnt through every healing item I’d collected in my journey, I always felt in-control of the situation until getting to his last Pokemon. Luckily, his final Rhydon spent most of its turns missing low-accuracy 1-hit-KO moves instead of killing me with Stomp. Giovanni also weirdly never used any potions, despite me slowly whittling his Rhydon down with Tackles after running dry on Dragon Rages.

And with that, we have all eight Gym Badges! Coming up next is Victory Road and Indigo Plateau, where our Magikarp can finally cut its chops against the best trainers in the region. Whether victory or failure, see you tomorrow for the thrilling conclusion to Magikarp’s adventure!