Magikarp has traveled the entire Kanto region, defeating countless opponents and overcoming far more obstacles than most fish, not the least of which being his own stubborn refusal to obey his trainer. And now, finally, our hero’s journey is reaching its pinnacle. The best trainers in the league are waiting for his challenge in Indigo Plateau. But first we need to beat our rival one last time to gain access to Victory Road. 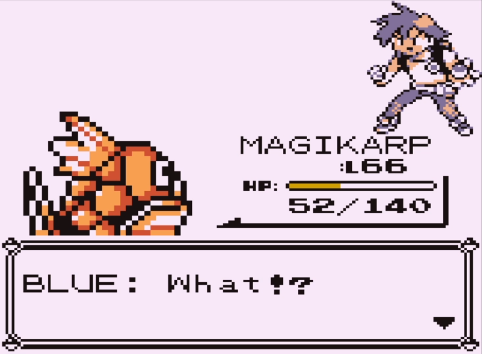 Blue’s team is finally coming into its own, with a full team of six Pokemon and several that hit incredibly hard, especially the Alakazam and Blastoise (you may be wondering why I didn’t give him a Venusaur. Tomorrow’s article will show why!) Ultimately I needed to battle him several times, waiting for a run where Exeggcute never used Leech Seed and Alakazam wasted a few turns Disabling Splash and Tackle (this is the exact same strategy I needed to beat him in Silph Co.) I really should have started using X Items at this point, and would do so if I were to make this run again. 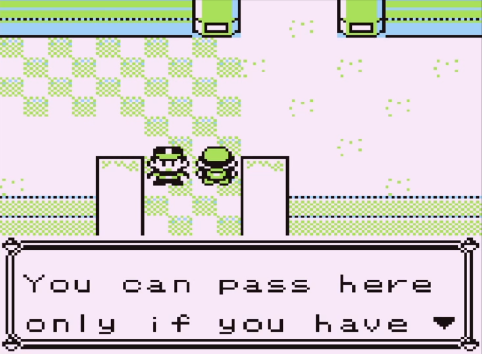 Route 23 is less of a route and more of a ceremonial trek, staggered with guards who each require one of your eight badges before they’ll let you continue. The first time you walk it, it’s a sobering and retrospective experience where you reflect on all you’ve accomplished to get this far. Every time after that (since you’ll probably be Digging back to the Viridian Pokecenter frequently while surviving Victory Road), you’ll notice you can’t use your bike and the length will just get annoying. 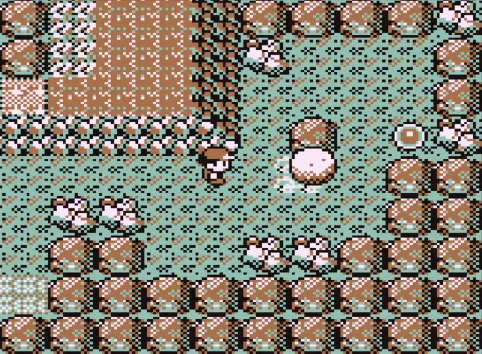 Victory Road is far and away the sloggiest portion of the entire game. Strength rocks everywhere, frequent backtracking and loads of trainers (who now use healing items) are barring your passage forward, and the wild Pokemon are seriously underleveled for this stage of the game. Seriously, lvl 22-26 Geodudes, Zubats, and Machops? For this run in particular, Victory Road was even slower because I was being so stingy with purchasing items. I didn’t want to waste what little money I had on repels or potions, so I always Dug to a Pokecenter after Chansey ran out of Softboileds to keep Magikarp fresh. Needless to say, this wasn’t a quick process. 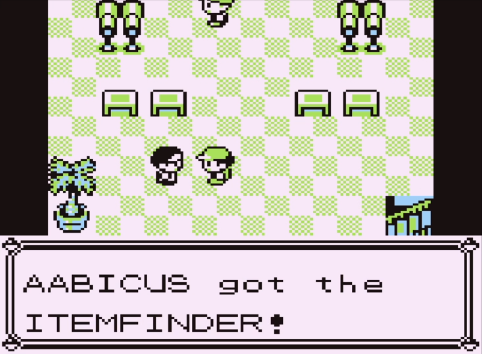 Because this part of the run is so tedious, I took frequent breaks to go accomplish other minor/optional side goals across the main Kanto area. The first was to go catch 30 different Pokemon so Professor Oak’s aide would give me the Itemfinder. This was mostly accomplished in the Safari Zone and by grabbing all the gift Pokemon I’d skipped, like Hitmonchan, Eevee and fossil pokemon (praise Helix). 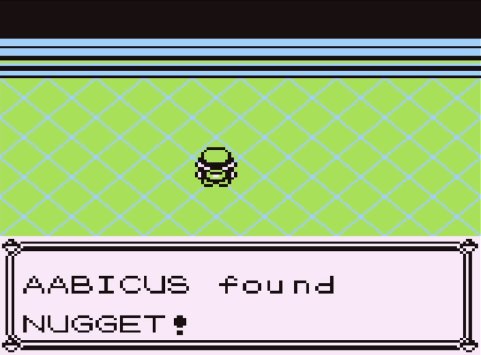 Once I had the itemfinder, I biked around the region and grabbed the various Rare Candies/Ethers/Nuggets I’d skipped up till now. I also grabbed the two remaining PP Ups for Tackle, which is going to finally become useful during the Elite Four since there’s no way our Dragon Rage PP will last a whole fight. (I also curbstomped random trainers I’d bypassed during Magikarp’s rebellious phases. Every point of XP I can earn now will cut down on my grinding later). 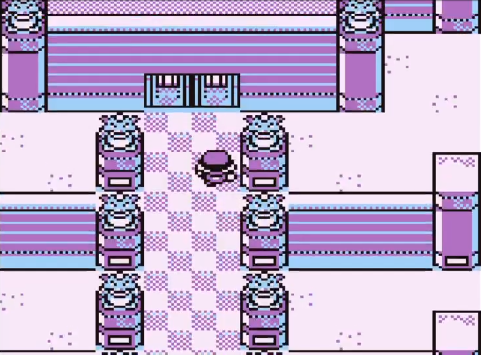 Eventually my many, many forays into Victory Road paid off, and I limped weakly out of the third-floor exit and into Indigo Plateau. But while the Elite Four were just ahead of me, I wasn’t ready to fight them yet. It was time to grind. 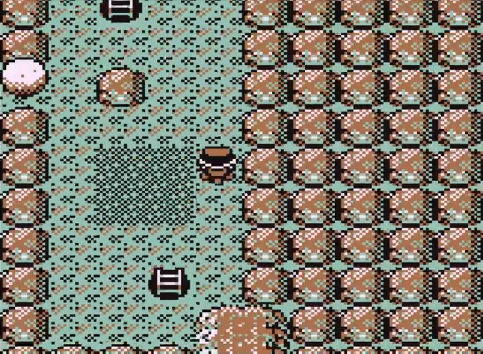 And grind. And grind. And grind… in total, I spent 7½ hours and five streams exclusively grinding on Victory Road until Magikarp hit level 100! The Venomoth were the worst, since they inevitably paralyzed or poisoned me and forced me to trek back to Indigo for heals. Even at this late stage, I wasn’t going to waste money; I wanted to enter the Elite Four with as many Hyper Potions, Full Heals and X Items as I can buy. 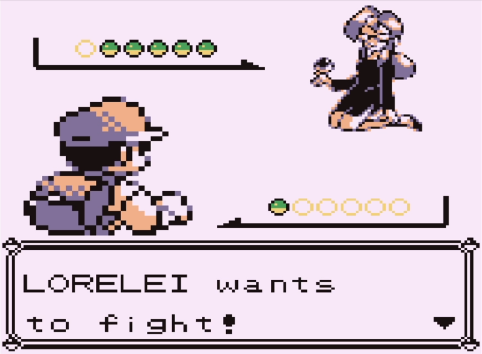 But honestly, all my preparation quickly proved that I’d overestimated my competition. The first two trainers were not even remotely ready for a lvl100 Magikarp roided out on X Attacks. I threw a few X Specials on in preparation, but Magikarp’s natural resistance to Ice prevented Lorelei’s pokemon from dealing meaningful damage before I two-shot most of them with Tackles. 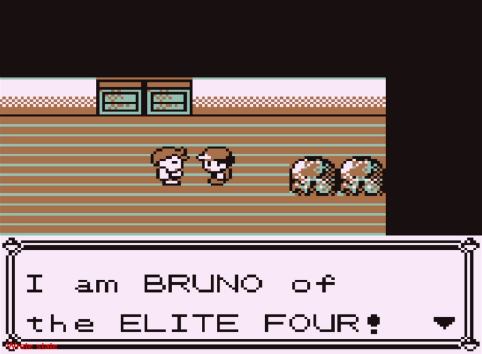 Bruno has always been considered the weakest of the Elite Four members, and he was no exception in this run. While the fight took longer since Fighting types resist Tackle, it was only delaying the inevitable. I could have used Dragon Rage, except I knew I was going to need them for… 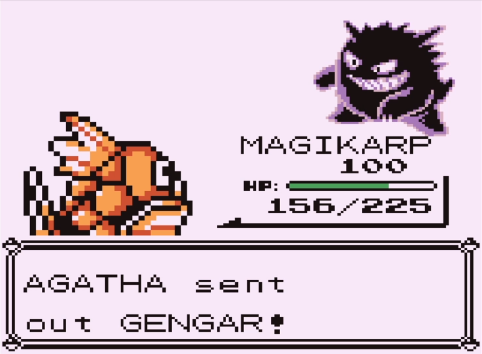 Agatha and her Ghost Pokemon were completely immune to Tackle, and that wasn’t the only wild card up her sleeve. Her Arbok surprised me by using Haze, which cancelled out the stat changes from my various X items and quickly transformed Magikarp back into the pitiful fish he really is. I’m lucky she wasted so many turns swapping her Pokemon out of battle, and that I stocked up on Ethers to replenish Dragon Rage. 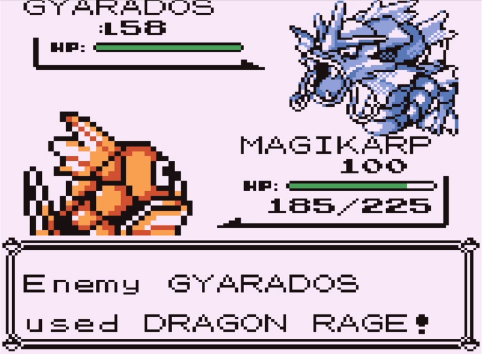 Speaking of dragons, Lance was more than happy to give me a taste of my own medicine. Pretty much every one of his Pokemon spammed Dragon Rage at me, making my X Defenses just as useless as everyone else’s always was. It was a sobering experience, to say the least. Luckily, Dragon Rage takes a long time to whittle down an opponent, so I could always heal to keep the fight going. 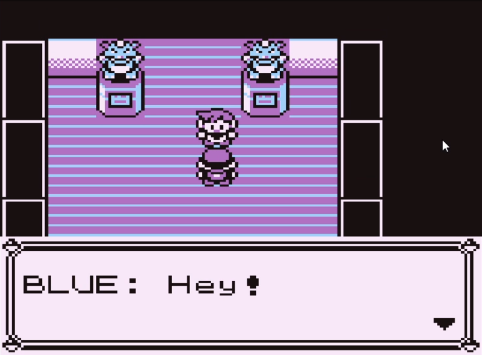 But that wasn’t going to work against Blue, the surprise champion of Kanto who has finally evolved all his Pokemon in preparation for defending his title. Luckily, I could now use healing items against him, and I absolutely needed them because his Alakazam in particular hit like a truck. His opening Pokemon Pidgeot was probably his second-weakest threat (behind the Arcanine) which gave me ample time to setup with X Specials. (Didn’t stop his Alakazam from one-shotting me with a crit on my first attempt…) 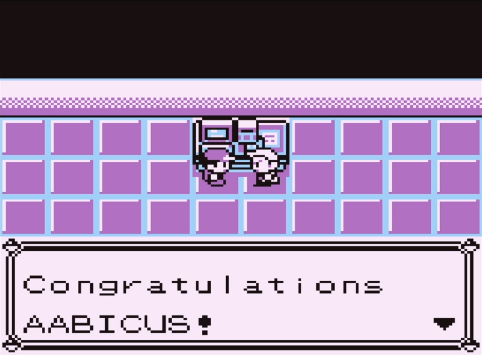 But after that, my victory was complete! Magikarp and I marched trimphantly into the Hall of Fame, the most dynamic (but unlikely) of duos, after just over a half-hour of playtime.

But believe it or not, this run isn’t over yet. Magikarp may have become champion, but there are still a few challenges for our hero to overcome. Rare and powerful pokemon to catch, unexplored caves to conquor, and even a glitched fight against the hardest trainer the game never had. See you tomorrow for an article covering Magikarp’s post-game adventures!